The collapse of the German Democratic Republic has generated an unprecedented interest for its history, leading to the expansion of an area of studies which had been rarely explored so far. The re-discovery of the history of Eastern Germany since 1945, however, has developed in a controversial context due to: 1) the drastic purge of the Eastern Academia, 2) the debate on the administration of criminal justice towards the elites of the former state and 3) the consequences of the disclosure of the files of the secret police. The ideological struggle on the official historical image of Germany is also connected with the activity of Eastern Germany's civil rights movement, which promoted an institutional setting for the elaboration of the past. This article analyses the composition, methods and results of the parliamentary Commission "For the analysis of the dictatorship of the SED and its consequences in Germany", founded in 1992 with the specific aims of promoting public debate on the recent past, re-educating the Eastern citizens and integrating them into the national community. The different ways in which the past could be approached, the main critical aspect of the debate within the Commission, were in fact one of the most interesting features of its work. 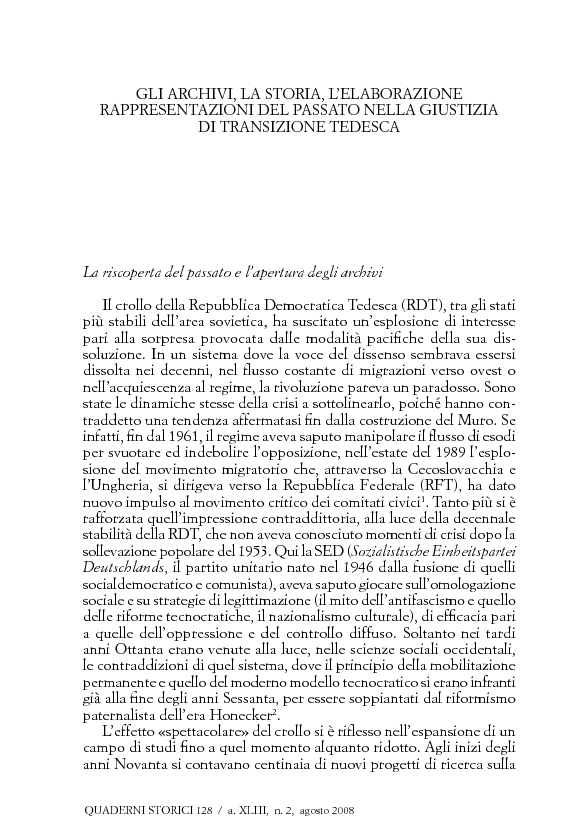