While Britons today may struggle to think of what a cut-glass hookah bottom, or a state palanquin might look like, in the eighteenth century they frequently constructed fanciful images of India based around these luxury goods. Manufacturers, however, increasingly developed and produced these items, not in India, but in Britain. Using manufacturers' papers, customs records, diaries, advertisements, images, correspondence, probate inventories, and travel guides, this paper questions how British manufacturers reinvented and produced the very goods upon which the perceived cultural differences between India and Britain often rested. Consumers in the home islands could have tapped into this ready domestic supply of palanquins and hookahs, but they did not. Neither product gained a consumer market in Britain, on the European continent, or in the Atlantic colonies. For Anglophones outside India, palanquins and hookahs remained rarities suitable only for collectors' cabinets crammed with alien and wonderful curiosities. These findings have important implications for supply side theories that support historians' explanations for the emergence of new consumer products in Europe in the seventeenth and eighteenth centuries. Not only did the import of Asian products spur innovation for domestic products, but Asian products spurred British innovation for exports to send back to Asia. By applying British taste to Indian objects, producers turned the cultural difference between Britain and colonial India to their advantage. Domestically, these re-invented products served, not to Anglicize the novelty of India, but to ossify that sense of difference between West and East. 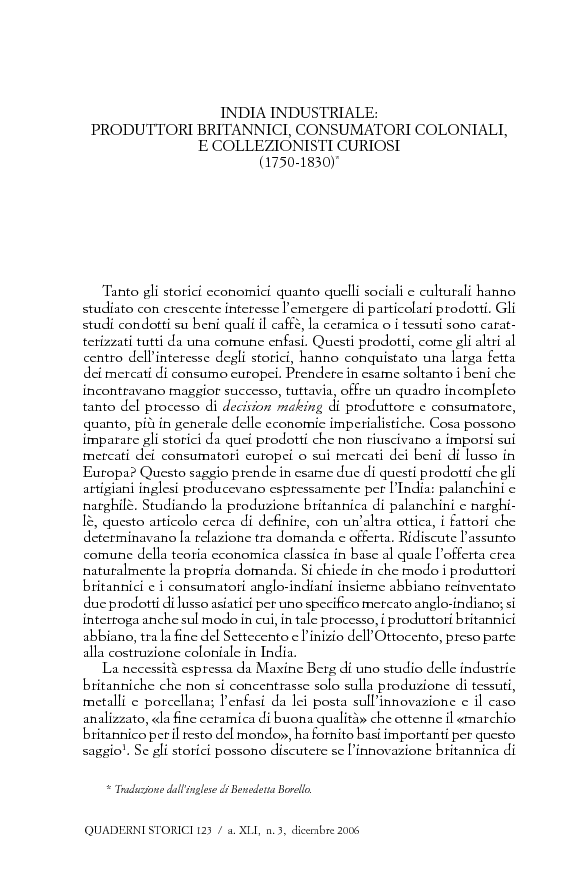