Francesco Feroni (1614/16-1696), son of a wool dyer, had an exceptional career. A Tuscan-born immigrant in Amsterdam, Feroni became within a few years one of the wealthiest merchant-bankers of the city, and this thanks to the trade in Baltic grain, Spanish wool and above all African slaves. Moreover, because of his standing as a businessman, Feroni evolved as well into the principal agent of the Medici Grand Dukes in the Dutch Republic. His tasks as an agent were multiple: he informed the Grand Duke and other members of his family in weekly letters, he acted as their representative towards the Dutch authorities and he facilitated their acquisitions of cultural artefacts, such as books, paintings and tapestries, on the Netherlands markets. 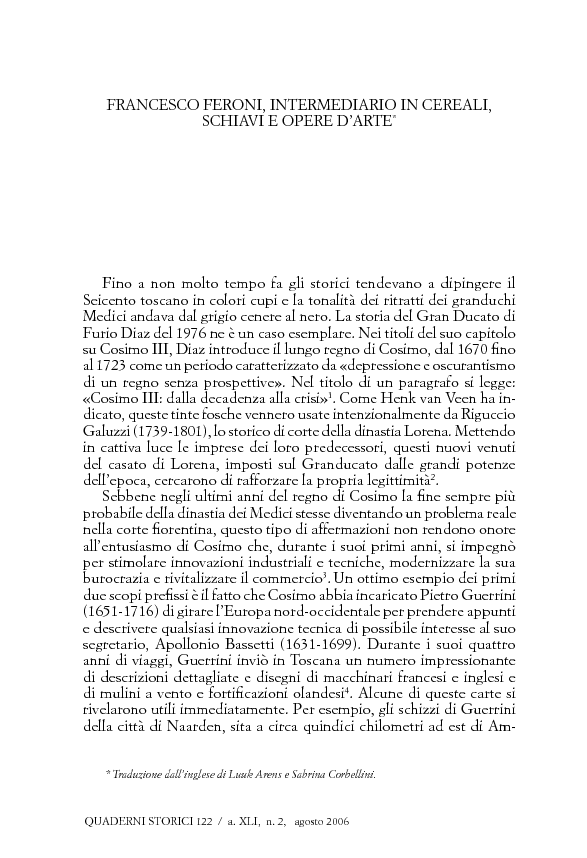