In the first half of the 17 th century many Englishmen, Protestant and Catholic, travelling in Italy visited Padua and were at the University mainly as medical students. Both groups took part to the Hartlib circle and helped circulating new techniques used abroad. Robert Child a student in Padua (1636-38) carefully reported the best farming practice of Lombardy, following the words of Agostino Gallo (1567). Furthermore in England Cressy Dymock a landowner closely associated to Hartlib, improved his small estate and practiced the latest ideas that Hartlib received and circulated. Dymock followed Gallo and Tarello’s plans for clover and wheat rotation. Clover cultivation was also practiced in Flanders but international politics and the worsening of weather held back clover crops in Holland sold to the English farmers. Politics and religion delayed solutions to the crisis. 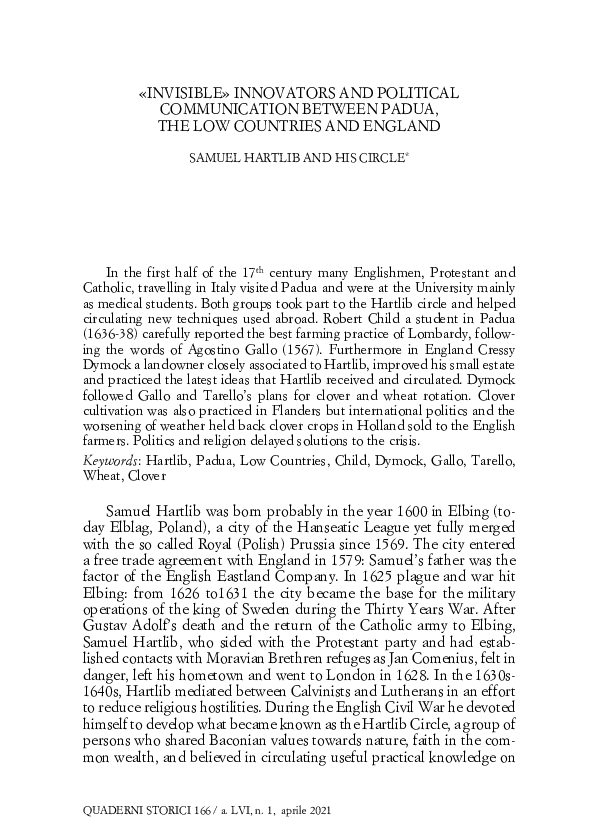