When we talk about China we must keep some numbers in mind. A population of one billion and three hundred million people and a surface area of 10 million square meters. National statistics cover totally different situations. Today the average Chinese per capita income is over 20 dollars per day, but 16% of the population lives with less than 1.2 dollars a day, below the poverty threshold identifi ed by the World Bank. China's staggering growth affects the coasts and Eastern area of the country, while income and population both gradually decrease towards the West. 8.7% of the Chinese population (equal to approximately 109 million people) currently has an income of around 3,000-5,000 dollars while 57.9% (approximately 30 million people) live with a per capita income between 5,000 and 10,000 dollars. 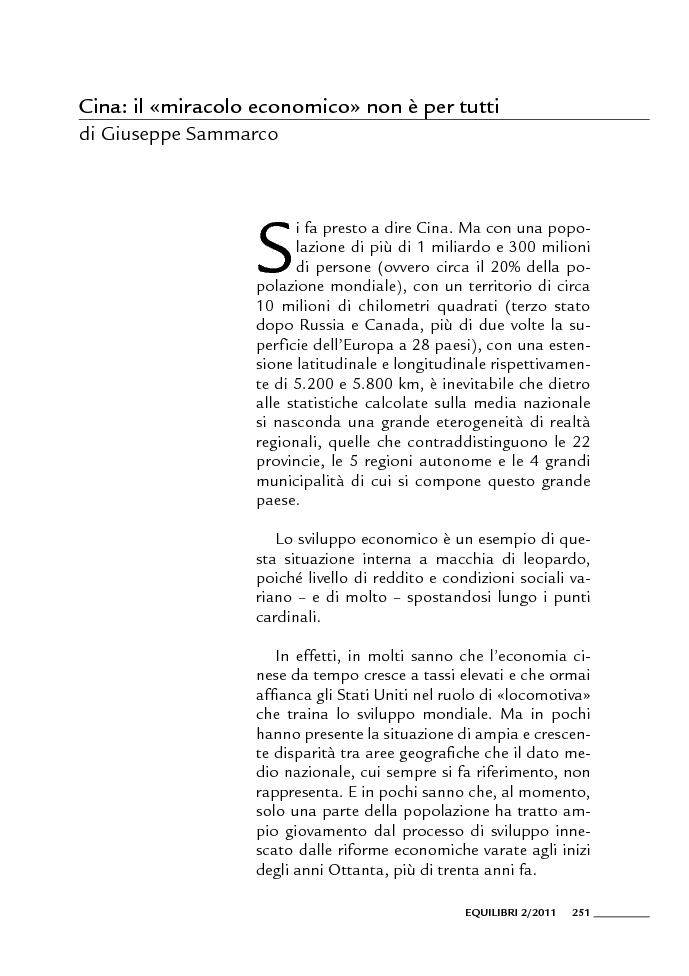