Two years after the Beijing Olympics, China is back in the spotlight. It's time for the Shanghai Expo to take a further step in improving the country's so-called soft power. With an average of 70 million visitors likely to attend the event in the next few months, 95% of which are expected to be Chinese citizens from the mainland, the Expo is due to have a significant effect on the domestic level as well as on the international stage. Though the verdict on the Expo's sustainability footprint seems to be a harsh one, as in many cases the green message went lost or was not properly conceived, the event is still important for other reasons. As many developing countries are increasingly looking at China as the next superpower and learning from its development model, the Western world is slowly adapting to the changing political and economic scenario, and the Expo seems to be the second of a long-lasting series of global reminders of China's rising supremacy. 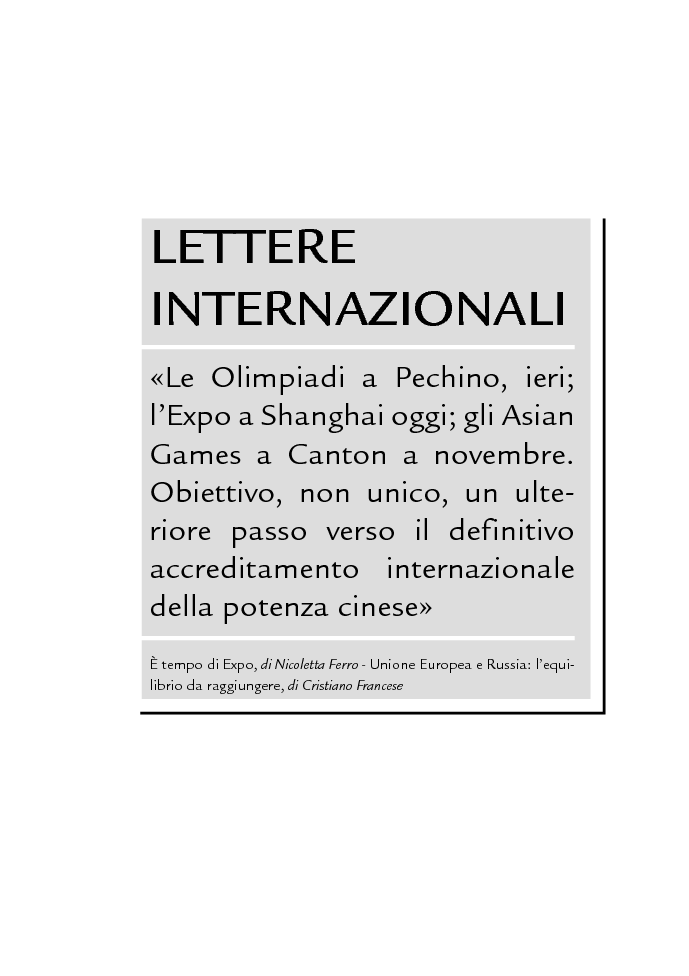