We interviewed Carol J. Adams on the occasion of the imminent publication of the Italian translation of The Sexual Politics of Meat, a book that since its first appearance (1990) became a classic read of ecofeminism. Adopting the notion of the absent referent, the book analyses how animals become absent referents in images of animalized women/sexualized animals, and in the very acts of meat-eating as well, through which animal metaphors, representations, and «processed» bodies forbid both an extensive understanding of the ideology of speciation and an intersectional analysis of the actual experiences of oppressed animals, human and not. Adams also recontextualizes ecofeminism and considers, among other issues, how the heteronormative ideologies of meat inscribe onto bodies by means of the «texts of meat»; what «a vegetarian body» actually means; the politics and ethics of veganism; animal resistance and the current US anti-immigrant politics. 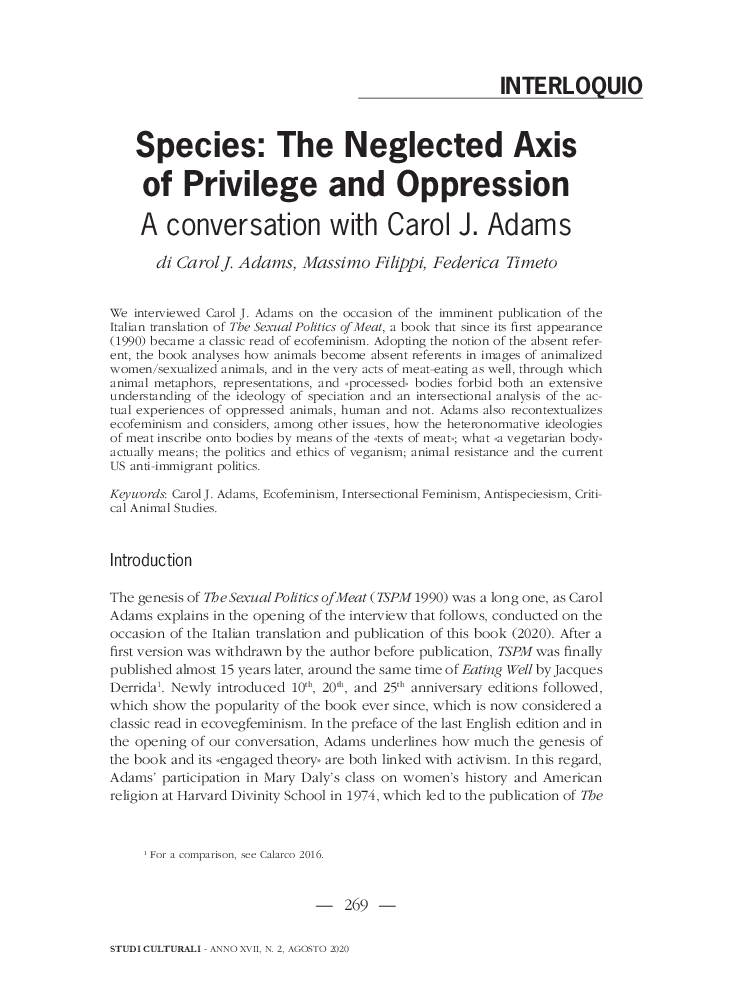