The aim of the article is to compare two different novels in a medium-oriented perspective, highlighting similaritities and differences emerging from this approach. Tristano, the hyper-novel by Nanni Balestrini, is placed in the context of the Italian avant-garde of the 60s and is considered one of the most successful Italian examples of generative literature. Novelling, however, is a work of electronic literature by Will Luers, Hazel Smith and Roger Dean, edited in 2016. The two novels are geographically, historically and culturally distant, but the article wants to demonstrate how these distances are sensibly reduced if the right importance is attributed to the medium characterizing the works. The paper concludes by suggesting a relationship of media affiliation between the two works and encouraging the development of medium-oriented literary inquiry strand, which could provide new and unexpected findings and connection between Italian neo-avantgarde and Anglo-American e-literature. 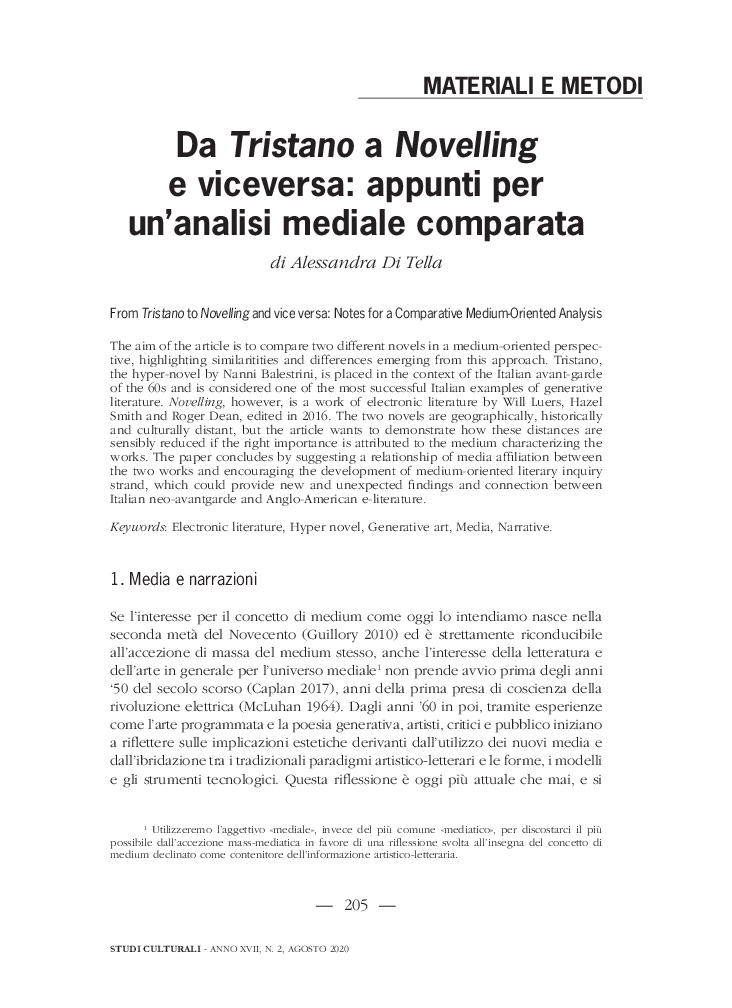