The Amerindian point of view on the world is emerging within contemporary debate. Differently from the past, the general crisis of our world and especially the climate crisis point towards the major intellectual interest of understanding Amerindian peoples’ ways of life and forms of thought in order to think our present. The work of anthropologist Eduardo Viveiros de Castro is at the center of this transformation, as it shows the possibility of giving a new value to Amerindian knowledge. In this conversation, we explore some of the most recent developments of his trajectory, from the revaluation of Pierre Clastres’ heritage to the situation of Indian peoples in contemporary Brazil, passing through a discussion of his theory of perspectivism. This is centered around the problem of the Amerindian point of view, through the proposal of the concept of «endo-consistency». 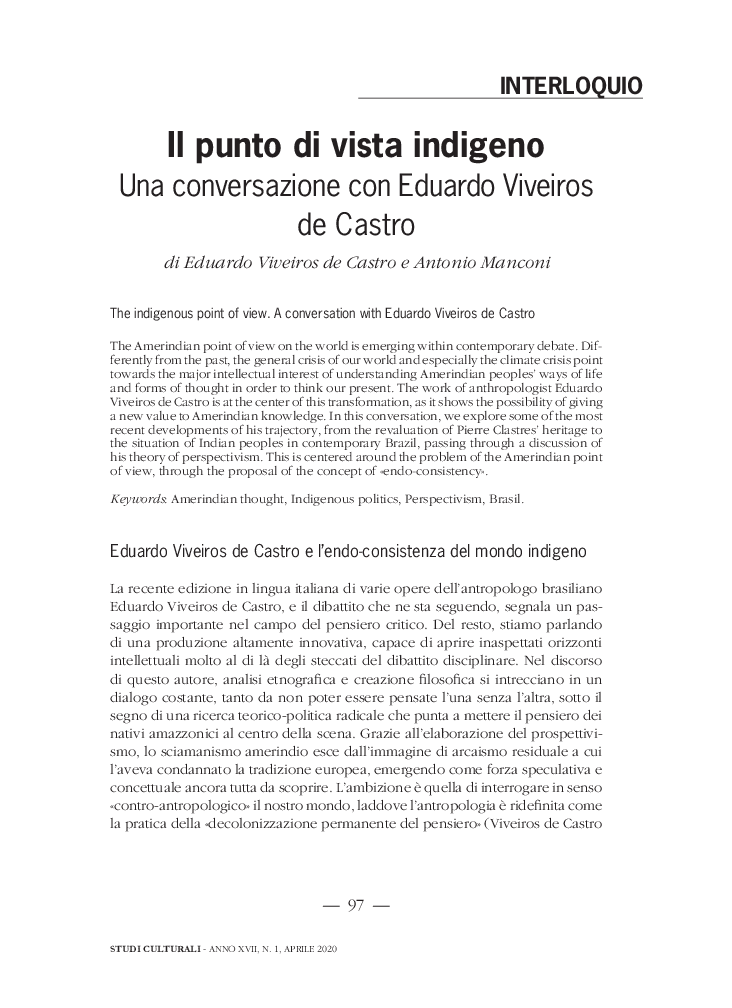