In this paper we present the first results of a qualitative research on media representations of bereavement and grief in Italian TV series in the frame of a wider sociological research project on Death in Italy, founded by the Italian Ministry of Education, University and Research. We analyzed the figure of the ghost in western imagery and its different representations in the supernatural Italian TV series of the Seventies and in eight RAI TV series aired in the last 10 years. In the recent Italian public service TV series, the characters of ghost are mainly comforting figures, opposed to the uncanny figures represented in classical ghost stories. The ghosts of the 2010s TV series became frequently guardian angels as a result of a hybridization of traditional beliefs, new spiritualities and individualization of grief practices. The RAI ghosts extend the relationships with their bereaved relatives and friends beyond the death, but just partially challenging the theory of «grief work». In fact, those ghosts usually leave and disappear, but at the same time they allow to imagine, not without contradictions, the possibility to maintain a «continuing bond», that is an active relationship with the dead, who is not just remembered. 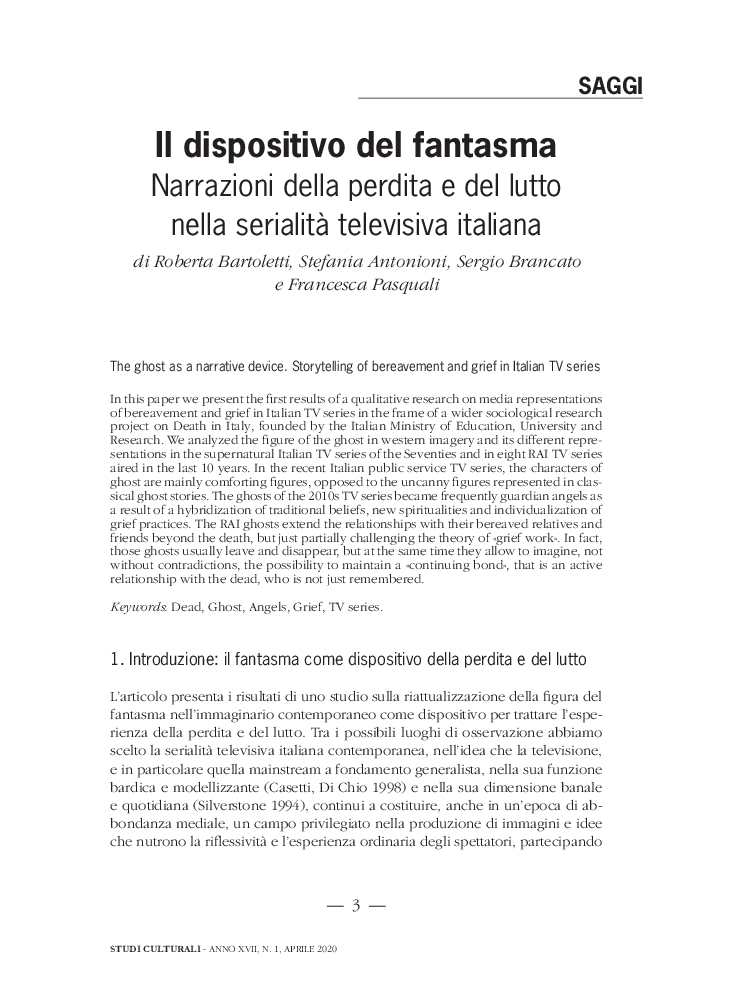