Pride marches and parades are public events that take place globally every year. Born in the wake of the 1969 LGBTQI riots against the police in New York (so-called “Stonewall riotsµ), 2019 is for Pride an important commemorative moment and an opportunity for reflection. This paper deals with Pride marches and parades as discursive genre, addressing two fundamental questions: what does «Pride» mean today, fifty years after the Stonewall riots? What do people do with «Pride»? By analyzing three 2019 Pride events (in Bologna in Italy, New York and Madrid), the paper describes different ways of organizing and staging Pride events with different meaning effects. In particular, the article will focus on the dichotomy between the parade format and the march format. These two formats (also with their articulation within a same Pride event) show different ways to manage internal differences, conflicts, contingency as well as the relationship with non-LGBTQI subjectivities. The analysis will provide empirical elements for reflecting on the exceptional global success of this event, on the emergence in marches and parades of nationalist, racist and even homotransphobic acts/slogans and on the (intersectional) use of the Pride format in non-LGBTQI activism (but also its appropriation by openly racist groups). 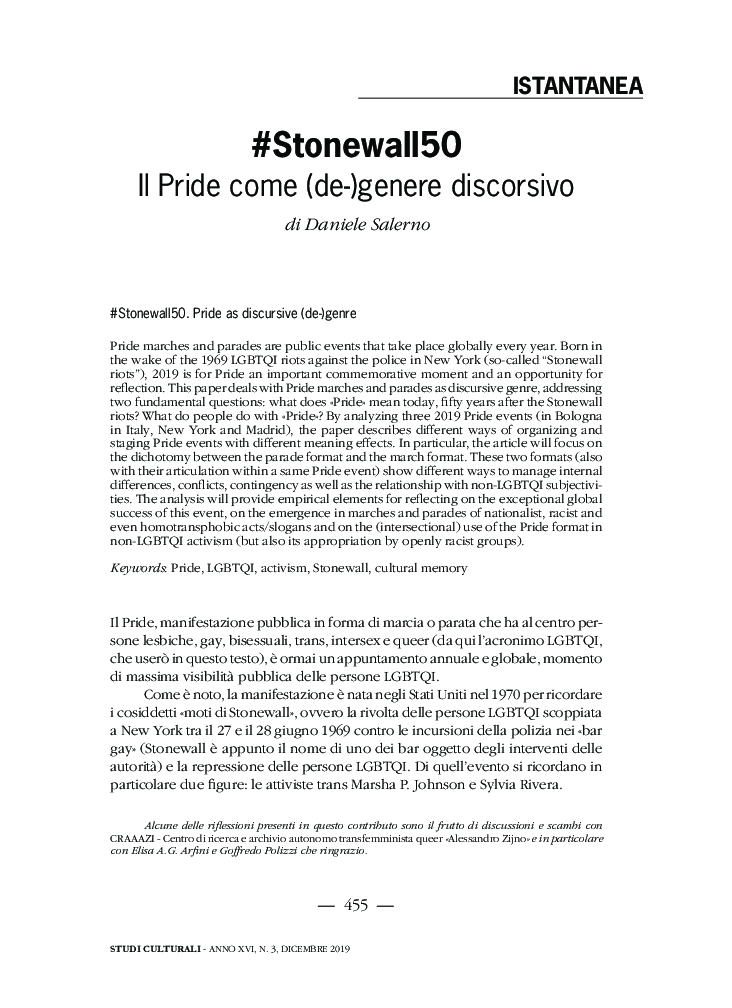