This article examines written and visual representations of Mussolini on horseback and looks at how they were received by men, women, and children in Fascist Italy. Drawing on Antonio Gibelli's notion of «popolo bambino» and Gustave Le Bon's works such as "Psychologie des foules" (1895), "Psychologie de l'éducation" (1902), and, most importantly, "L'équitation actuelle et ses principes" (1892), the author proposes the notion of «popolo-cavallo», showing the extent to which politics, pedagogy and propaganda became entangled in written accounts and visual representations of Mussolini on horseback. 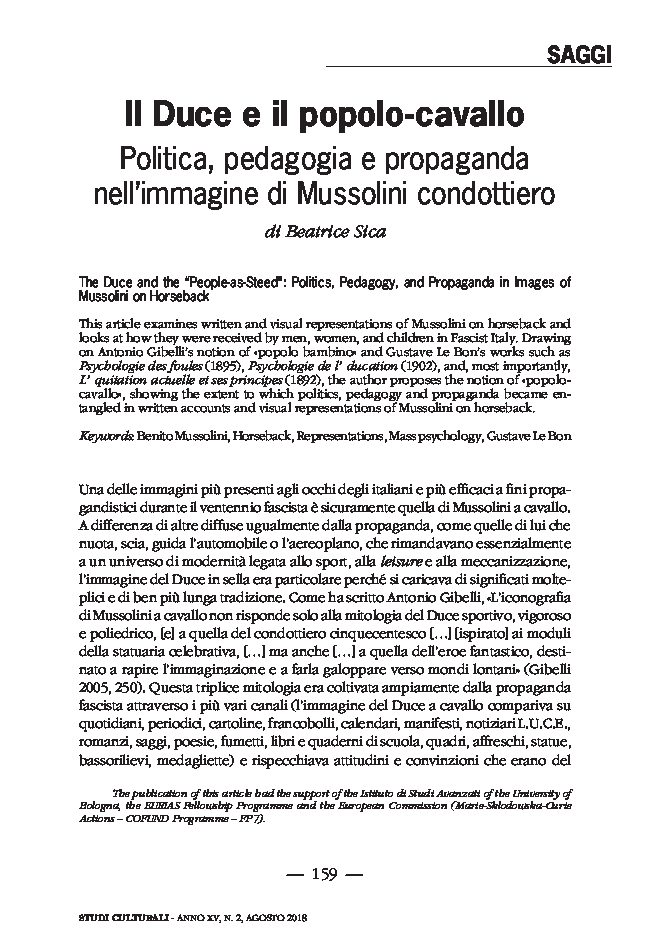