The scene from the Straits is located at the centre of a peremptory theatrical "révanche" scripted by a Sicily, and more generally by a South, as battered as it is vital. Incapable of configuring itself as a hyperplace and, nonetheless, far from the late nineteenth-century canon of the non-place, the Straits escapes easy classifications, experiments, perhaps because of its own theatrical production, the attempt at a certain certification of itself, tortuous to the point of finding new forms of birth. It is almost the concealment of a cadaver, of a silent withdrawal from the nomination (and thus the recognition) of reality. 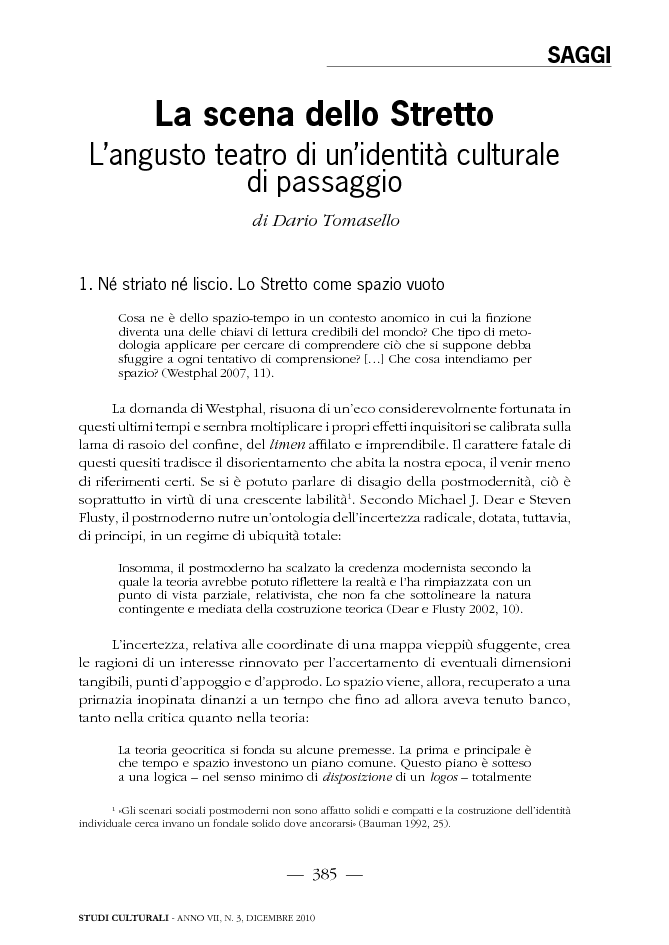