The article examines some literary representations of the supermarket from the 1960s to the present, concentrating on the particularities of a place of "disenchanted" consumption, apparently far from that "spectacularization of goods" which began in the 1800s. For writers and intellectuals, between the 1960s and 70s the supermarket incarnated the alienation of American-style mass consumption, and the manipulation of the "hidden persuaders". Because with postmodernism intellectual resistance to the consumer society is attenuated, it instead becomes a kind of allegory for post-industrial society, a catalyst of ambivalence and nostalgia. 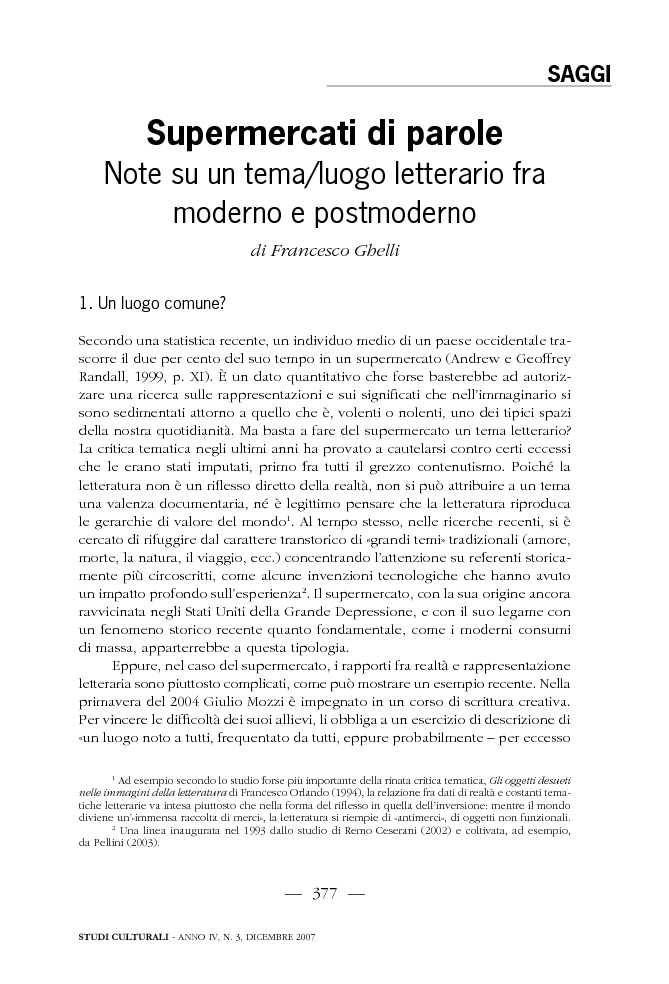