Media and sport play a pivotal role as both agents of the globalization process and providers of interpretive frameworks of the characteristics and consequences of the global for their audiences, in that they are deeply implicated in the breaking down of barriers to the free circulation of labour, capital, technologies and cultural forms, while at the same time symbolically resurrecting them by fostering an 'Us/Them' dualism that is conducive to signifying practices based on class prejudice, sexism and homophobia and, of particular relevance here, racism. Zidane's famous headbutt against Materazzi during the moment when sport is at its most global - the last World Cup's final match - is the point of entry for this analysis of the sprawling subject of sport, race, media and globalization. Rather than a "contretemps" on the field of play, it was immediately interpreted and perceived as a popular political incident. Despite FIFA's globally oriented anti-racism campaign, this incident reproduced imperialistic and colonialist symbolic techniques (such as emasculation and sexual vilification) of racialization. These symbolic "data" spin-out in a multiplicity of directions and produce diverse meanings and uses creating a "vortextuality". The aim is to engage with the "ideological complexities of the now", understanding and resisting the causes of racism through sport. 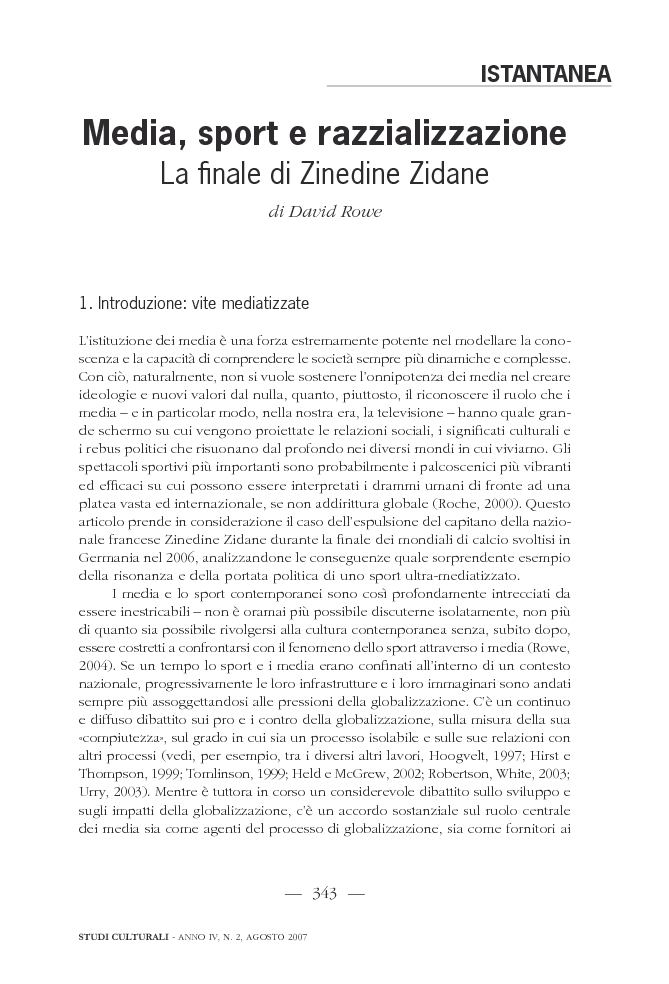