This essay intends to highlight the problematic relationship between debt and credit, guiltiness and punishment, sin and atonement, which are central issues both in Nietzsche’s and in Dostoevsky’s thought. Particular attention has been devoted to some meaningful Nietzschean passages of Thus spoke Zarathustra, On the Genealogy of Morality and Twilight of the Idols, as well as to Dostoevsky’s novels Notes from the Underground, Notes from a dead house and mostly Crime and Punishment. This study puts into question the correspondence between the transgression and the sanction through the analysis of the figures of the judge and the criminal in the light of criminal psychology. The traditional categories of law, based on this correspondence, become problematic as they reveal that their objectivity is only presupposed. 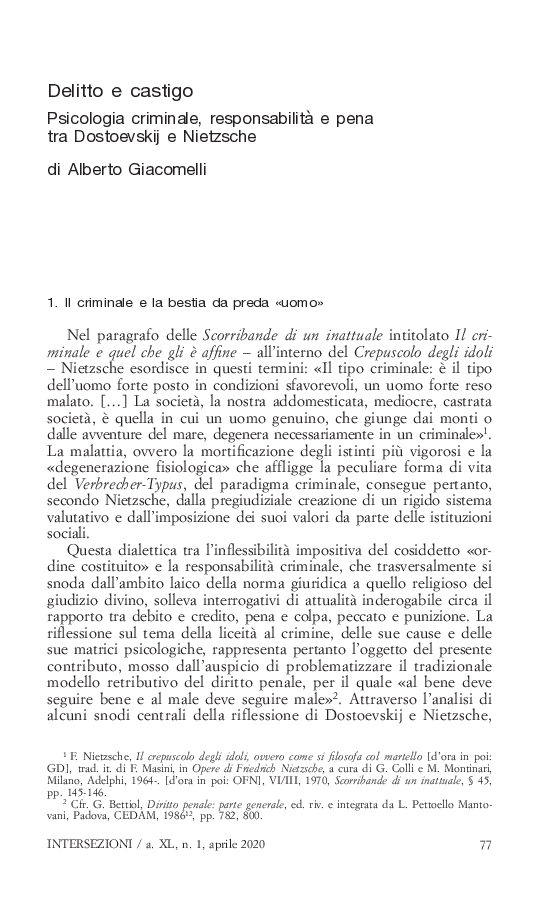