By exploring the intellectual exchange between Croce and Praz, and by comparing their analyses on the Baroque, this article describes the clash between two incompatible positions, which characterised 20th-century Italian culture. Contrary to Croce's moral and aesthetic convictions, this clash was due in particular to Praz's belief that the significance of individuality was not to be found in relation to alleged historical universals, but rather in individuality per se, and only as a consequence in the specific «taste» that it reflected. The opposition between these views emerges with regard to the assessment of the Baroque in political and cultural terms. While baroque culture is dismissed by Croce as morally detestable and aesthetically distasteful, it is praised instead by Praz, who considers it the forerunner of Romantic culture. 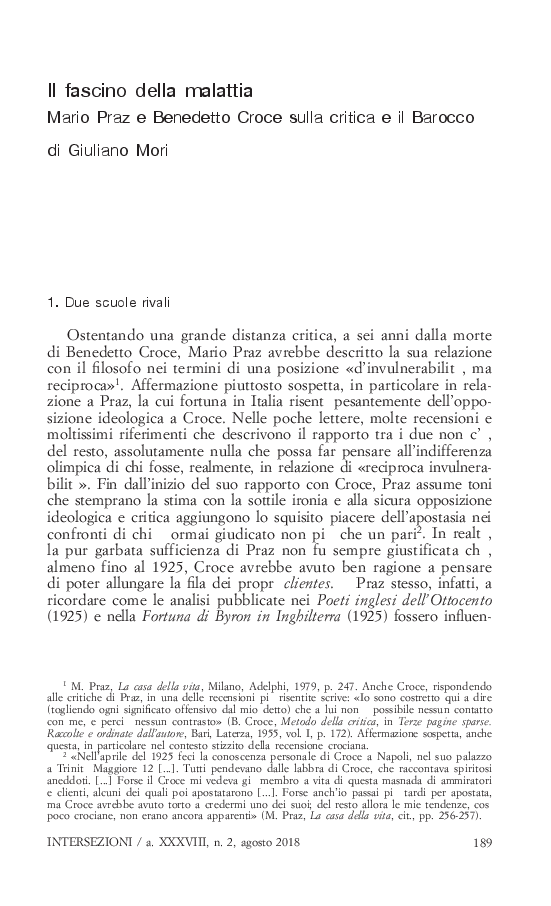