Reprints of "I promessi sposi" continued, even though less frequent, after 1840. In 1869 six editions were published, including reissues. One of these, printed by Rechiedei brothers' typography in Milan, presents several new illustrations made by Luigi Borgomainerio and Tranquillo Cremona, whose work gained a broad consensus especially among the Lombard «scapigliati». Their works mirror different styles: if Borgomainerio focuses on the characterization of the "silhouettes", Cremona is more painterly and romantic: according to him landscape is more important than the character. The replacement of the images also causes some interesting changes in the whole «system of illustrations»: for example, the presence of many figures in the English style disobeys the compositional principle of the «Quarantana», where the woodcuts were interspersed within the text, often working as narrative suture between parts of the story with a cinematographic effect. 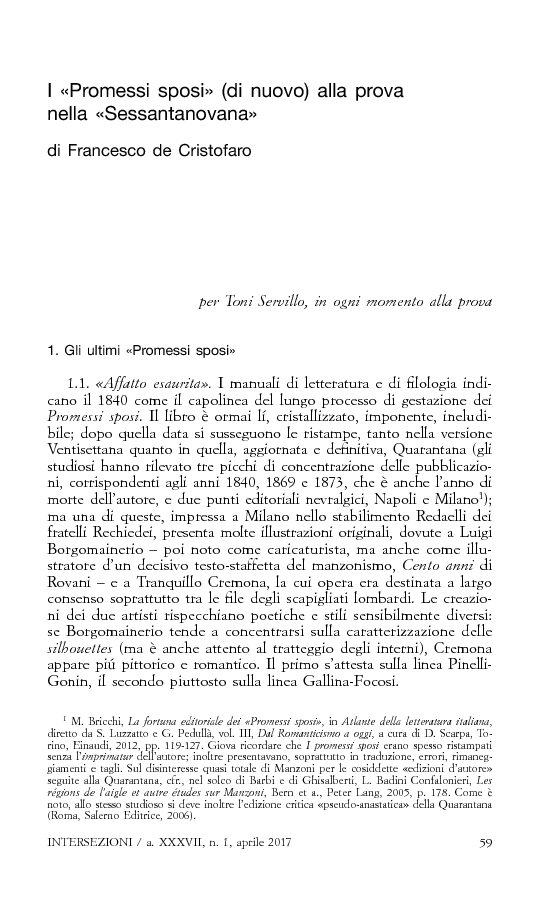