The aim of this paper is to show how the 18th century Italian tragedy, according to the statements of the modern political philosophy - from Hobbes to Rousseau - cooperates to structure the notion of «people's community». Tackling the pièces of Gian Vincenzo Gravina, Antonio Conti and Vittorio Alfieri, as well as the eighteenth century dramatic theory, the essay examines the birth and the development of the collective character of the «People», introduced in the 18th century tragedy as a substitute of the Chorus. Until 1789 this «popolo», a sort of theatrical mirror of the audience, will take on a growing dramatic relevance in the political Italian tragedy, fittingly to the more significant role that it assumes in the contemporary political theory. 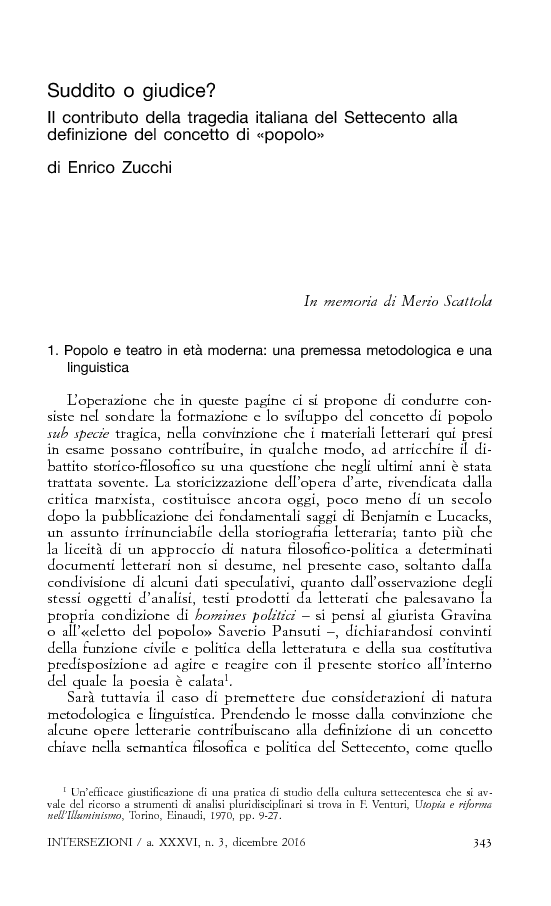