The usage of the term «soul» was banned from the psychological vocabulary, at least from Angell's famous interdict in 1911. In this work I examine the various stages of this process of purge, since the sixteenth century, when the term «Psychologia» was created in the «ramist» field with Freigius and Casmann, and it was begun to refine its subject area; up to the nineteenth century, with the take-off of the scientific psychology, when, alongside those who, like Lotze, wanted to safeguard the immortal soul as a foundational concept of this science, others (like Lange) made the attempt to create a «psychology without soul», or to translate the concept of soul in scientific terms (Lewes, James). Today the concept of soul has been almost totally replaced by that of mind: it is not sure that this is an advantage. 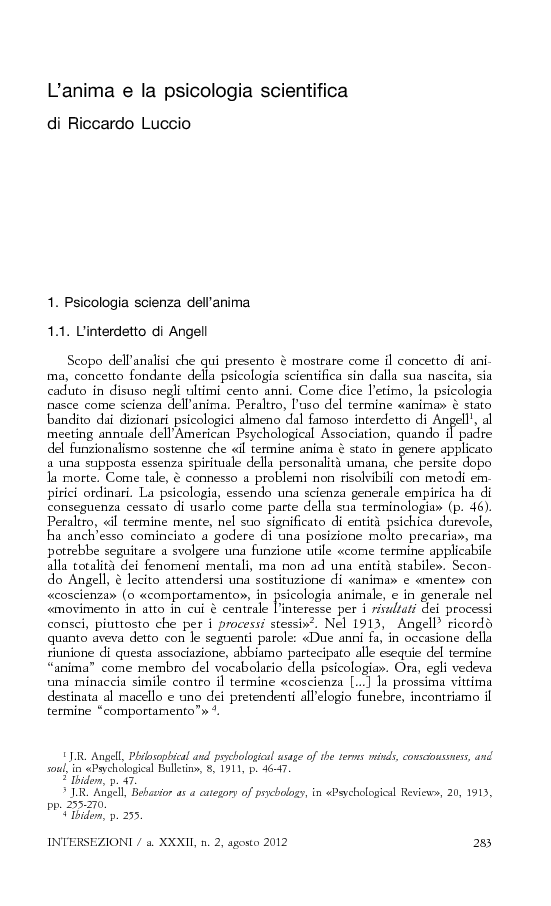