Giovanni Boccaccio begins his Genealogia deorum gentilium by writing a letter, a common rhetorical strategy during the middle age. But what kind of letter is it, and why does Boccaccio create the two characters of Donnino and Giovanni, and stage a dispute between them? We can analyze Boccaccio's patterns (the academic ars dictandi, and the technique of disputed question) in order to understand the architecture of the whole book. The usual scholastic format of question - arguments for one side and then for the other, response, and replies to objections - can illustrate the structure of the prohemium but also the full-lenght Genealogia, and demonstrate that Boccaccio, recreating classical myths during the fourteenth century, has a new humanistic attitude. 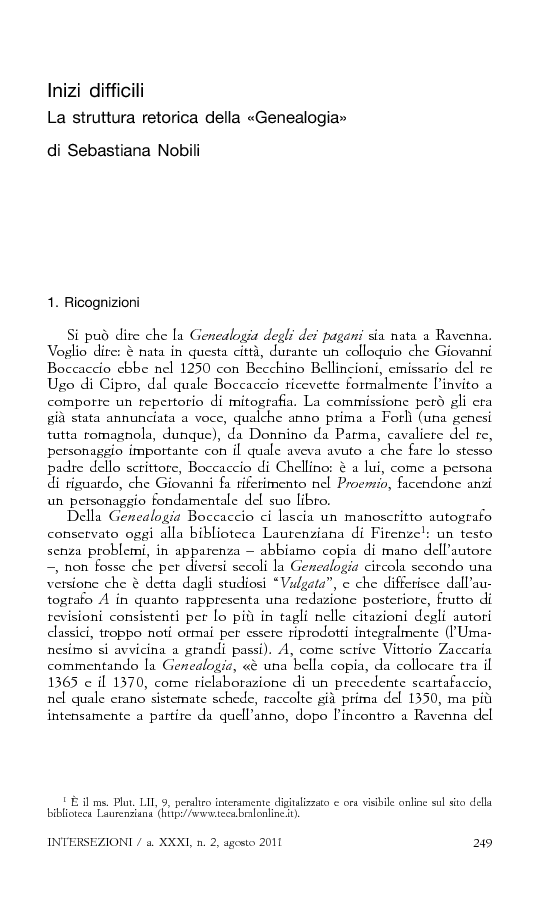