Joachim Fischer suggested in his dissertation to interpret German Philosophical Anthropology as an autonomous philosophical approach with its own methods, canon of authors and «identity core»: Scheler, Plessner, Gehlen, Rothacker, Portmann react to the destruction of German classical Idealism suggesting another way toward a definition of human specific condition. Instead of directly deriving the Geist from subjectivity they construct it indirectly through non-reductionist comparative analysis of impulse life and biological forms of Mankind, animals and - in case of Plessner and Scheler - also plants. The present paper reports on the one hand about methods and achievements of Fischer's dissertation and on the other hand about the international debate it raised. Special attention is paid to Krüger's alternative to Fischer's interpretation as well as to the problematic position of Gehlen in the context of Philosophical Anthropology. 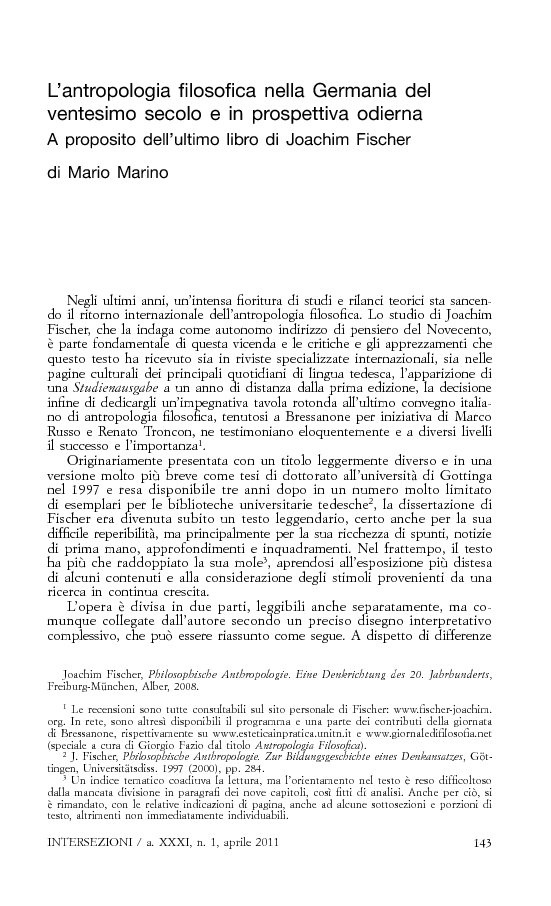