Shaftesbury was an unaware theorist of the Landscape Garden, a philosophical utopia whose meaning was political, artistic and moral. Landscape Garden is considered the most original contribution that british culture offered to pre-romantic Aesthetics. It consists of a dialectic relationship between view and vision, between nature and art. This idea mainly refers to the 17th Century landscape painting and to Palladian architecture, expressing an utopian sensibility similar to those of Shaftesbury. In an illusory reconstruction of Eden, the philosopher underlines the role of imagination and affirms that the Landscape Garden is the artistic and externalized projection of an inner representation. This representation consists of aesthetic perceptions, remembrances and fantasies experienced during «enthusiastic» visions. The Landscape Garden is a point of view on nature, a perpetual and variable process of self-discovery that starts from soliloquy and ends in the landscape. Thus it becomes the emblem of an apparently chaotic state, which is actually a form of order in politics, mind and spirit. 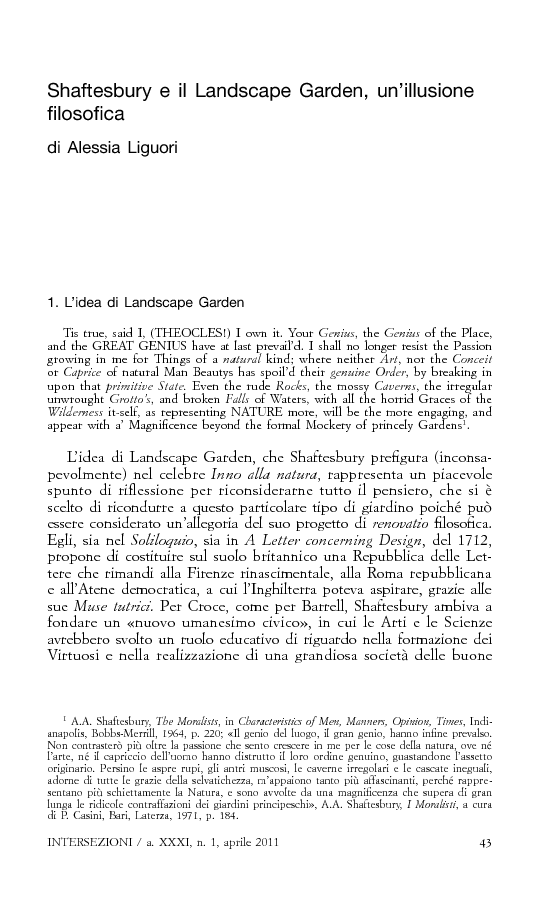