John Donne (1572-1631) is the first English man of letters who took equal care of his epistolary correspondence in prose and in verse. This article runs through Donne's metacommunicative reflection on the act of writing, pointing out the freedom and creativity he shows in interpreting the lesson of Greek-Latin rhetoric and of Medieval and Renaissance theorists. In his linguistic inventiveness and strong emotional characterization of his subject matter, the sender as - in his own words - a «Referendarie for news» aims to build up a «middle style», chiefly in prose, transcending the classical division of the three styles, in order to enhance the role of the letter as an «image of the soul» and as a neutral semantic field, ready to host in its paper medium the sender's and receiver's «mingling of soules». 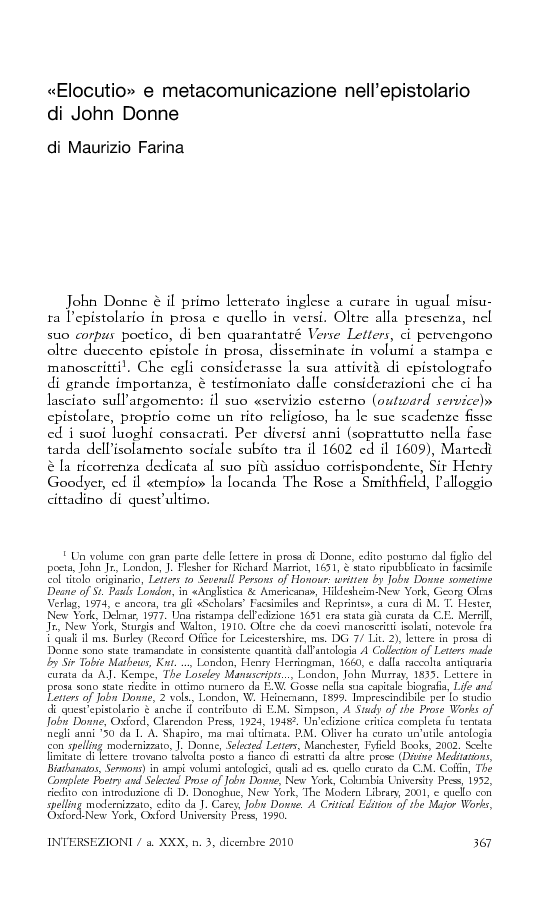