The relation between music and literature has been characterized by mutual influences, exchanges, and contaminations. This paper intervenes at the intersection of these two artistic languages and explores the influences of jazz on Arab-American literature. In particular, I focus on Arabian Jazz written by Diana Abu-Jaber and demonstrate how jazz penetrates this novel and influences its plot, structure, and style. The paper argues that Abu-Jaber succeeds in fruitfully combining, intersecting, and intertwining music and literature by overcoming the limits and boundaries that separate them. Taking her writing as my point of departure, I sustain that Abu-Jaber introduces jazz in her work in order to reveal, manifest and illuminate the richness, challenges, and dissonnances that distinguish Arab-American experience. In particular, by turning to jazz, Abu-Jaber sheds light on the dissonances, metamorphosis, and experimentations of Arab-American subjectivities and bears witness to the complexity and interculturality of the contemporary world. 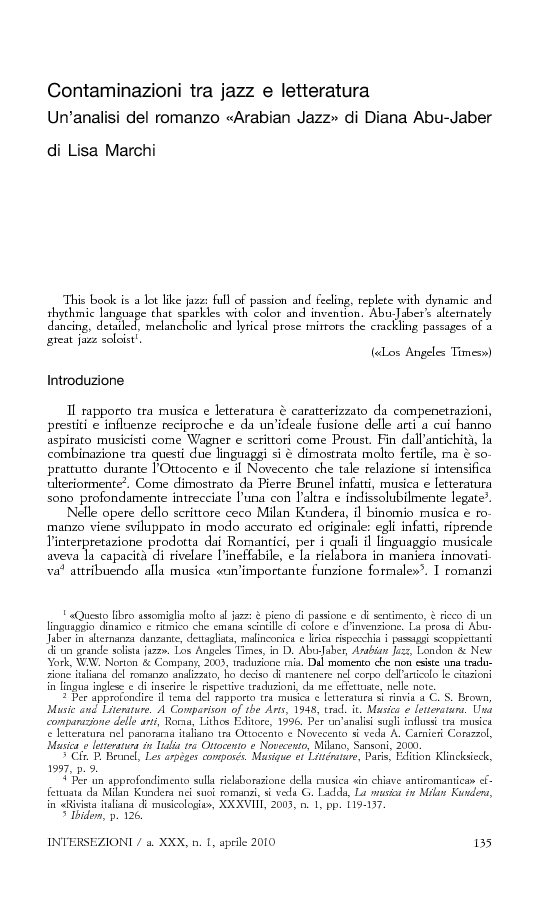