This contribution intends to weave a dialogue – a pas de deux of sorts – between the history of ideas and cultural studies. On the one hand, it is inevitable to register the historical, disciplinary, even ideological distances between these two critical bodies, especially in the way they deal with cultural history. However, it is also possible to explore a common ground, for example in the analysis of the semantic component of the history of thought that emerges from two concurren works such as Philip P. Wiener’s Dictionary of the History of Ideas (1973-74) and Raymond Williams’ Keywords (1976). These and other seminal texts in the two fields elaborate an explicitly interdisciplinary methodology, from which to explore further contiguities that emerge palpably, though not often explicitly, when the history of ideas is confronted with cultural practices. In particular, it is in the approach to the literary text and, more broadly, to the question of aesthetics, that we will try to interweave these critical movements, appreciating the new configurations, new choreographies of thought, that emerge from their encounter. 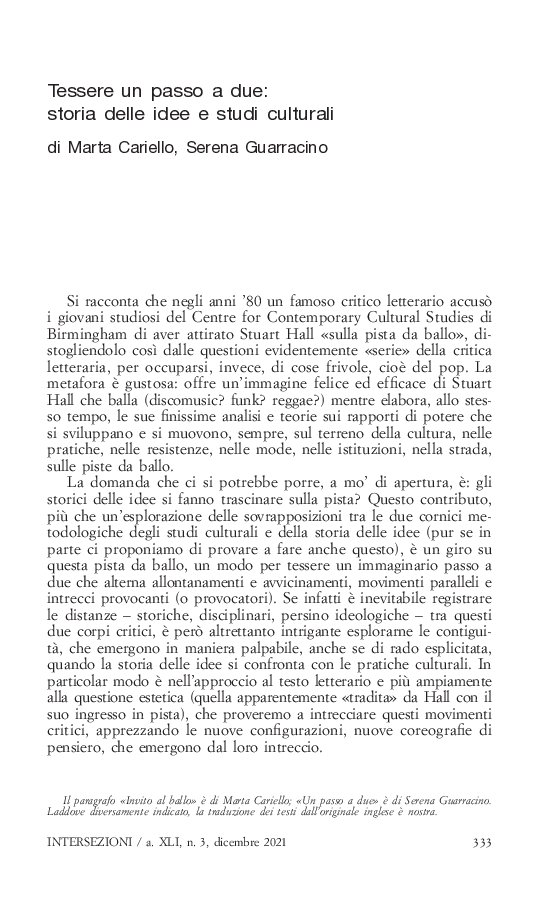