Russell and De Giorgi’s approaches, starting from the logical limitations established by Gödel, appear to be unusually divergent. De Giorgi’s ultra-experimental technique will end up opposing to Russell’s theory of types – paradoxically close to certain Thomistic solutions – a formulation free from scholasticism; similarly, the ambitions of Pythagorean completeness present in Russell are replaced, in De Giorgi’s philosophy, with an adherence to insolubility as a guarantee of transcendence. «God cannot be reduced to the “first self-understanding entityµ». With this judgment of strict scientific observance, and only apparent religious apostasy, De Giorgi is girding to rethink the conditions of mathematical formalism from within. 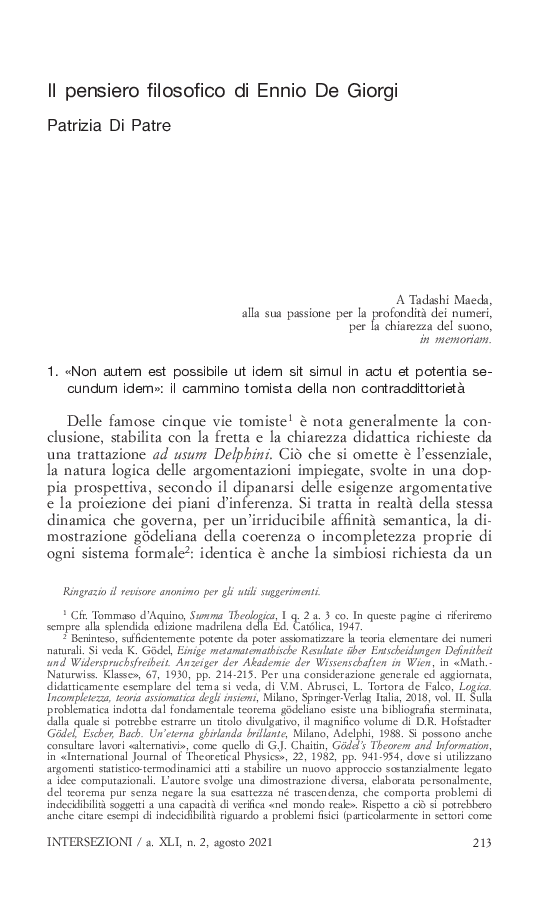