The article aims at demonstrating that Borges, by affirming that «each writer creates his precursors», was rather influenced by Bergson’s reflection on the retrograde movement of the true and on the pre-eminence of the effect over the cause, than by T.S. Eliot’s article Tradition and the Individual Talent – to which the essay Kafka y sus precursores explicitly refers. In order to prove that, we start from a peculiar slip of the Argentine writer in the conference El tiempo, where he ascribes to the French psychiatrist Hippolyte Bernheim a Bergsonian argument. On this basis, we then explore the relationship among Bergson, Eliot and Borges. 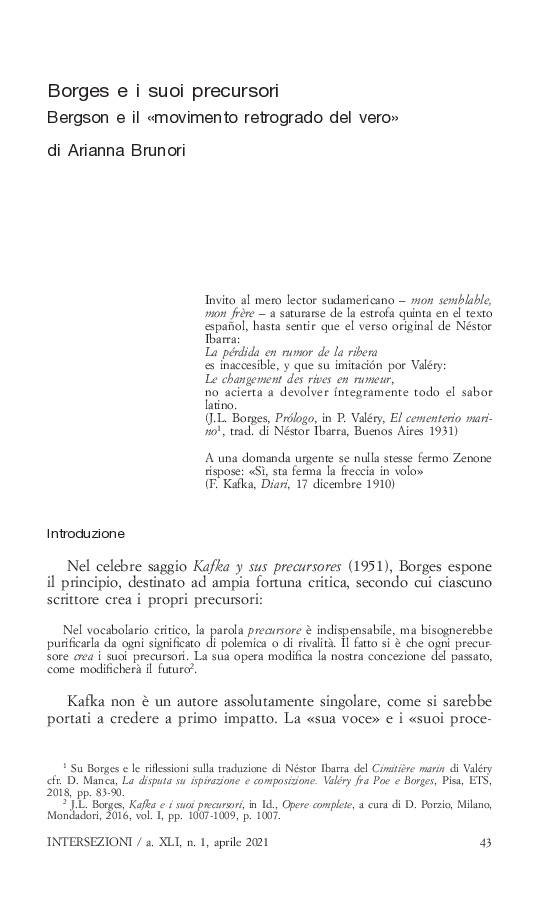