Berkeley's "Siris" contains a full digression on ancient philosophy, in which Berkeley shows he possesses deep and first-hand knowledge of a high number of Greek philosophers; in particular, he proves his clearness of thought and competence in relating the Platonic theory of Ideas, clearly standing out from the approach of the seventeenth and eighteenth-century erudition, which filtered Plato's doctrine through the distorting lens of the Middle Platonism and Neoplatonism. Berkeley's interpretation of the Platonic form is instead rooted only in a direct-reading of the "Dialogues" in Greek, and among them, of the "Theaetetus", providing an organic interpretation of it. He moreover possesses a serious and conscious hermeneutics, which allows him, on the one hand, to highlight the importance both ontological and logical of the Idea, thus its founding and guiding function in knowledge, and on the other hand to grasp the strict connection which, through the theory of Ideas, is given in Plato between theory of knowledge, ontology and ethics. 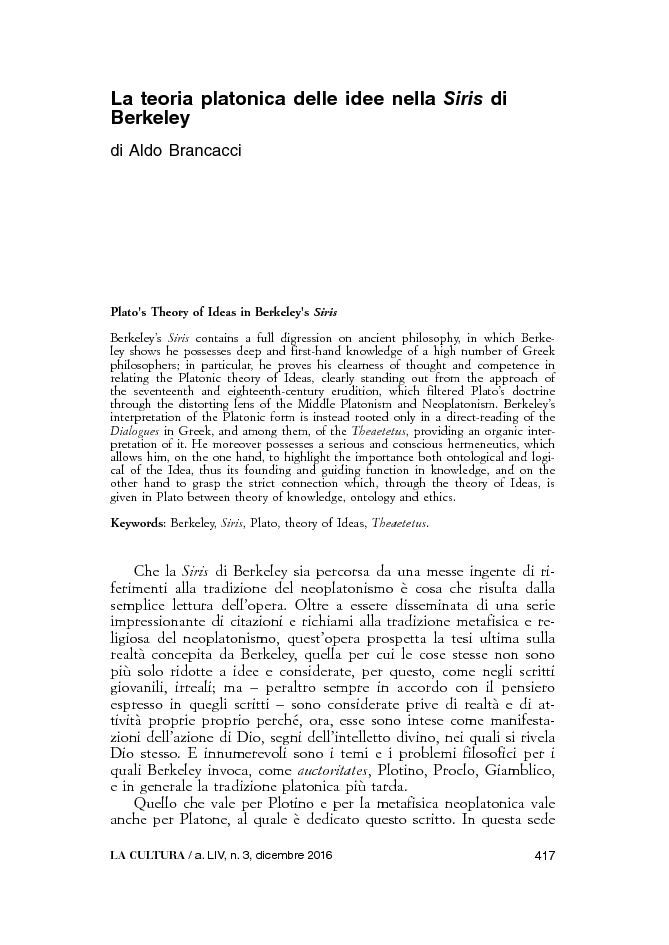