Based on Eric Weil’s work, the article proposes the resumption of dialogue as a fundamental political register of language, especially in plurireligious and multicultural communities. In other words, it proposes to understand the dialogue as the philosopher’s response to the challenges posed by religious intolerance that characterizes the current process of remitologizing politics. Therefore, we stick to the texts in which the author deals directly with the theme of the relationship between religion and politics. The approach of this relationship pointing to tolerance and dialogue in democratic communities is justified by offering a key to the connection between the texts studied here and the architecture of the Weilian system: the confrontation of violence. The reflection is structured in four moments. First of all, we take Weil’s consider-ations of secularization, then we move on to the treat-ment of religion as a political problem and the need to develop a theory of tolerance in multicultural and plurireligious communities. Subsequently, we considered the problem in the peculiar context of the current “remitologizationµ of political discourses and the risks that arise for democracy. Finally, we come to the Weilian proposal for dialogue as a condition for the possibility of tolerance and a political virtue in the strong sense of the term. 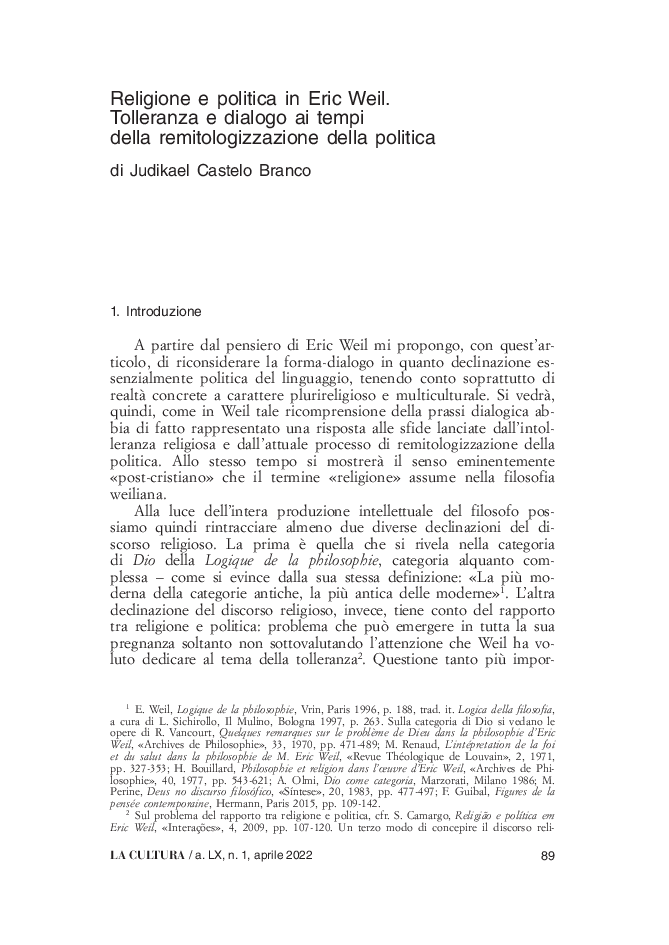