A cognitive analysis of stereotypes is proposed, showing that stereotyping is a kind of categorial knowledge production subjected to the general constraints of prototypical categorization, with some particular features. Such features are to be related to the social domain of stereotyping, and its social function. The main tenet argued will be called the «continuity hypothesis»: at a pure cognitive level, there is an essential "continuum" from prototypes to stereotypes: stereotypes are prototypes applied to social categorization. The process of stereotyping works very similarly to that of prototyping as an optimization (energy saving) device, generating explanations in the context of social interactions. The social context is not without implications, but it involves some peculiarities of stereotyping, which can be interpreted as an «excessive emphasis» given to prototypical aspects of categorization. A logical analysis of prototypes and stereotypes will be sketched too, showing that the continuum holds also for the logical aspects of stereotyping. In the conclusion, some implications of stereotypes (and prototypes) on the conception of ordinary, limited, human rationality will be considered. 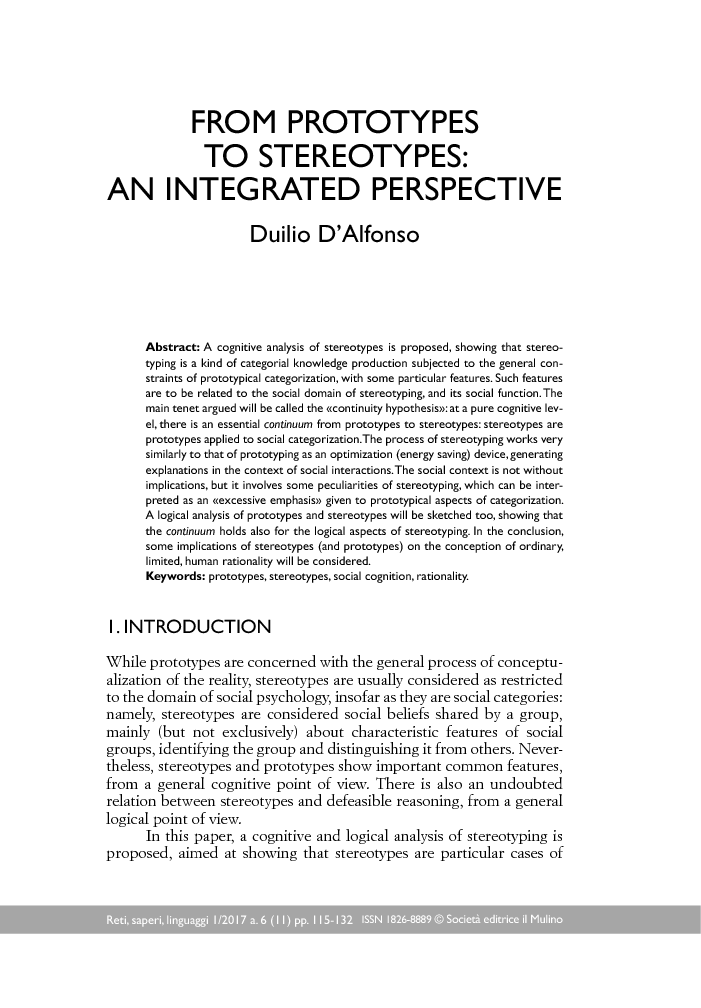