In this note, we discuss the proposal for a reform of internal rating models outlined by the Basel Committee. We first present internal rating models (which currently generate roughly 50% of supervisory capital in the European Union) and the reasons why they have been increasingly criticised. We then review the key proposals circulated by the Basel Committee: the removal of internal models for «low-default portfolios» (where defaults are too infrequent to allow adequate calibration); additional constraints on internal models' estimates («input floors»); an «output floor» tying the capital requirements generated by internal ratings to those that would emerge from the standardised approach. We than explain why, in our opinion, floors represent a technically flawed answer, and suggest a number of supervisory actions that may be pursued, instead, to restore internal models' credibility, without causing an excessive burden for banking authorities. Such actions, which have already been explored by the EU in the last few years, should be embraced wholeheartedly by supervisors, to ensure that increased transparency on implementation and validation practices may restore market confidence in internal models. 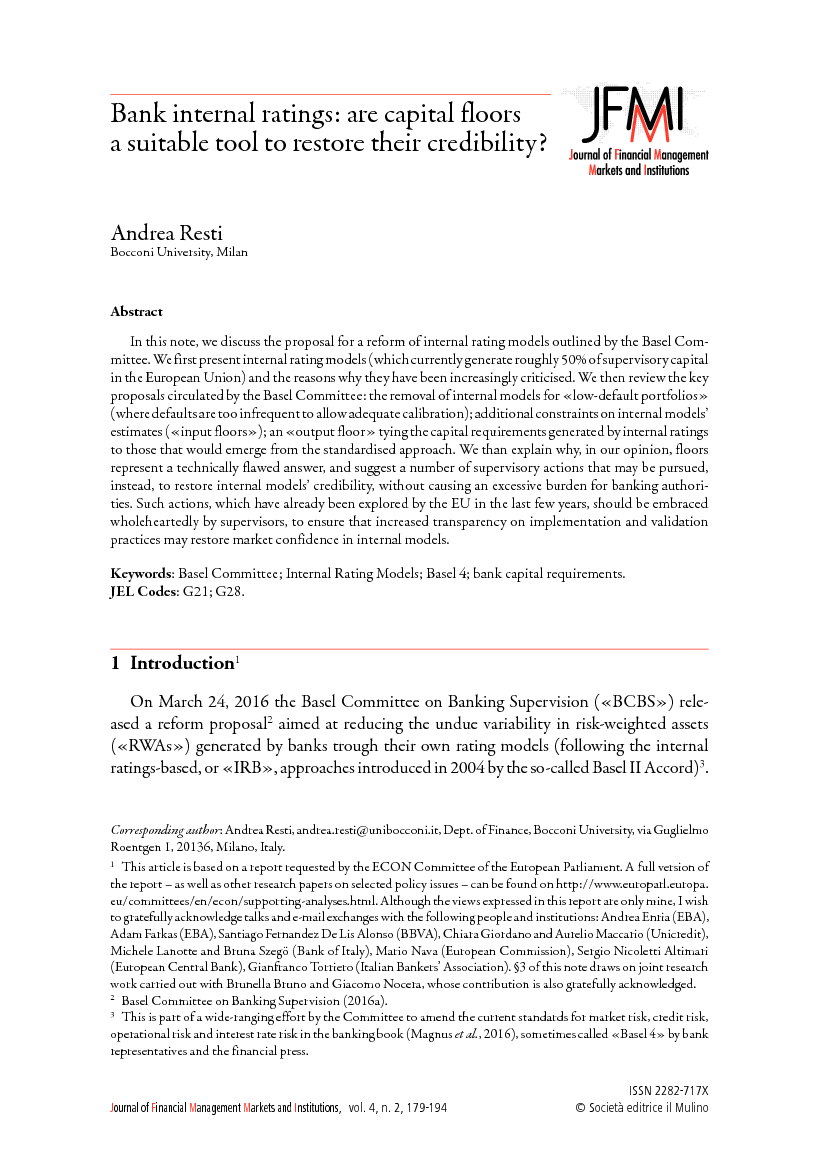