The essay begins with a reconstruction of the different cultural approaches to the constitutional notion of citizenship which lie behind the notions of "ius sanguinis" and "ius soli"; legislative developments on these matters are analysed considering the various sources of law and the areas (such as gender, race, class, religious beliefs...) historically influenced by citizenship as a factor of inclusion/exclusion. The following part includes a historical overview of Italian legislative measures concerning citizenship. The first two examples are the 1849 Constitution of the "Repubblica romana" and the 1865 Civil Code, the former representing a 'democratic' vision of citizenship, while the latter is an example of the 'liberal' vision, in nineteenth century constitutional culture. A further case is law n. 555 of 1912, enacted in view of the major emigration flows from Italy which had begun already shortly after the unification of the country: this act was aimed at granting that migrants and their descendants would maintain Italian citizenship. Meanwhile, the colonial experience introduced major factors of 'complication' in the vision of Italian citizenship, introducing many forms of fragmentation and hierarchy based on race and origin. The regulation on citizenship presently in force is Act n. 91 of 1992, which eliminated the remaining forms of gender discrimination in this field and transposed the new EU norms on European citizenship, but did not respond in the same way to other historical developments, such as the changes in migration flows. Indeed, according to the 1992 Act, Italian citizenship remains granted to individuals who no longer have any real relationship with Italy, while it is very difficult to acquire for people who have lived in the country for a long time and actively participate in economic and social life, and also for their offspring, born in Italy or arrived in the country at a very young age. The failure of many attempts to reform the legislation on citizenship is a further proof of its shortcomings in promoting effective integration of second generation immigrants. Furthermore, the surge of a form of populism which is more and more openly publicizing its xenophobia, confirms how urgent it is to rethink the rules on the acquisition of citizenship, in an increasingly pluralistic and 'post-national' social context. 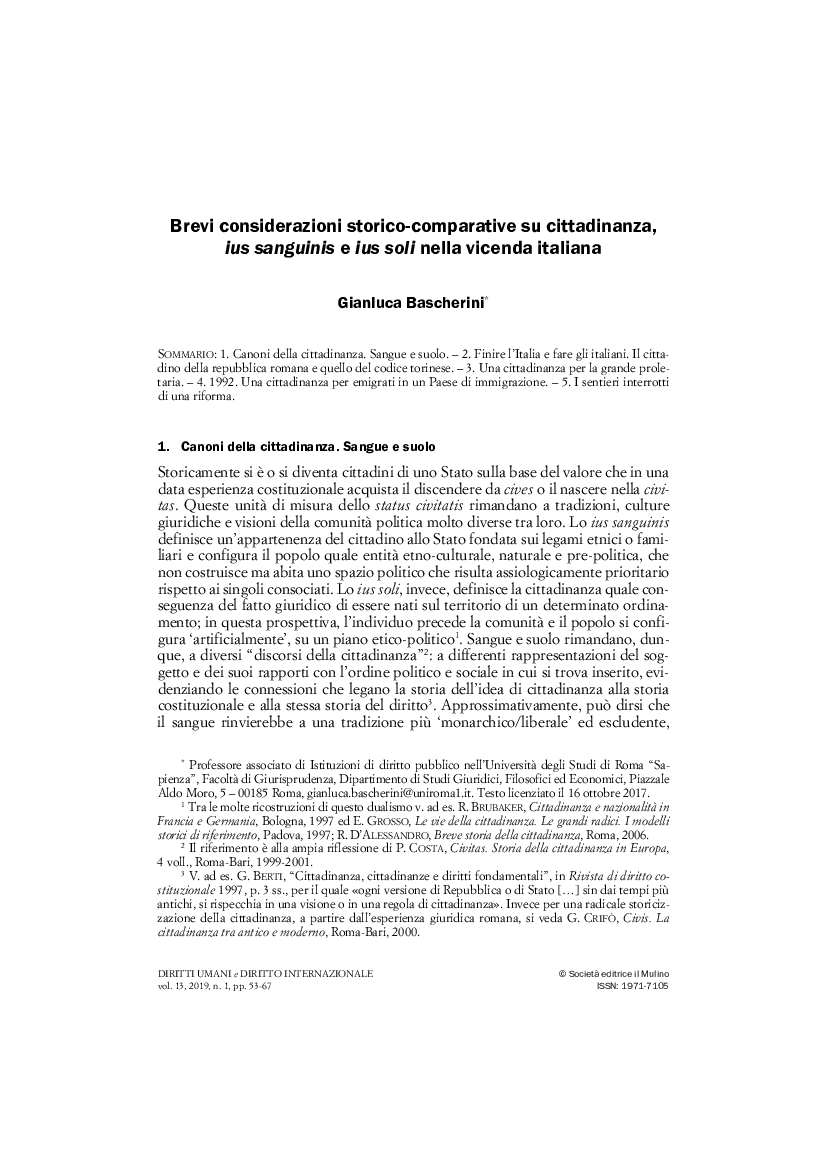