Even if the International Court of Justice lacks specific jurisdiction to deal with human rights violations, especially in recent years it has tackled the issue, because of its general competence both on questions of international law and of jurisdictional clauses included in human rights treaties, such as the Genocide and the Torture Conventions. Starting from this premise, the article aims at assessing the contribution of the ICJ to the question whether human rights treaties should remain subject to the general international law or, as it has been suggested by some authors, some accommodation is conceivable due to their specific object. In particular, it will focus on the temporal scope of the rules, in order to establish whether the principle of "tabula rasa" succession on the one hand, or the principle of non-retroactivity on the other, equally apply to human rights treaties. To this end, the present study will examine cases where these issues were addressed with regard both to the question whether the obligations therein included may apply to facts occurred prior to the coming into force of the convention in the relevant State, and to the temporal scope of the jurisdiction of the Court. 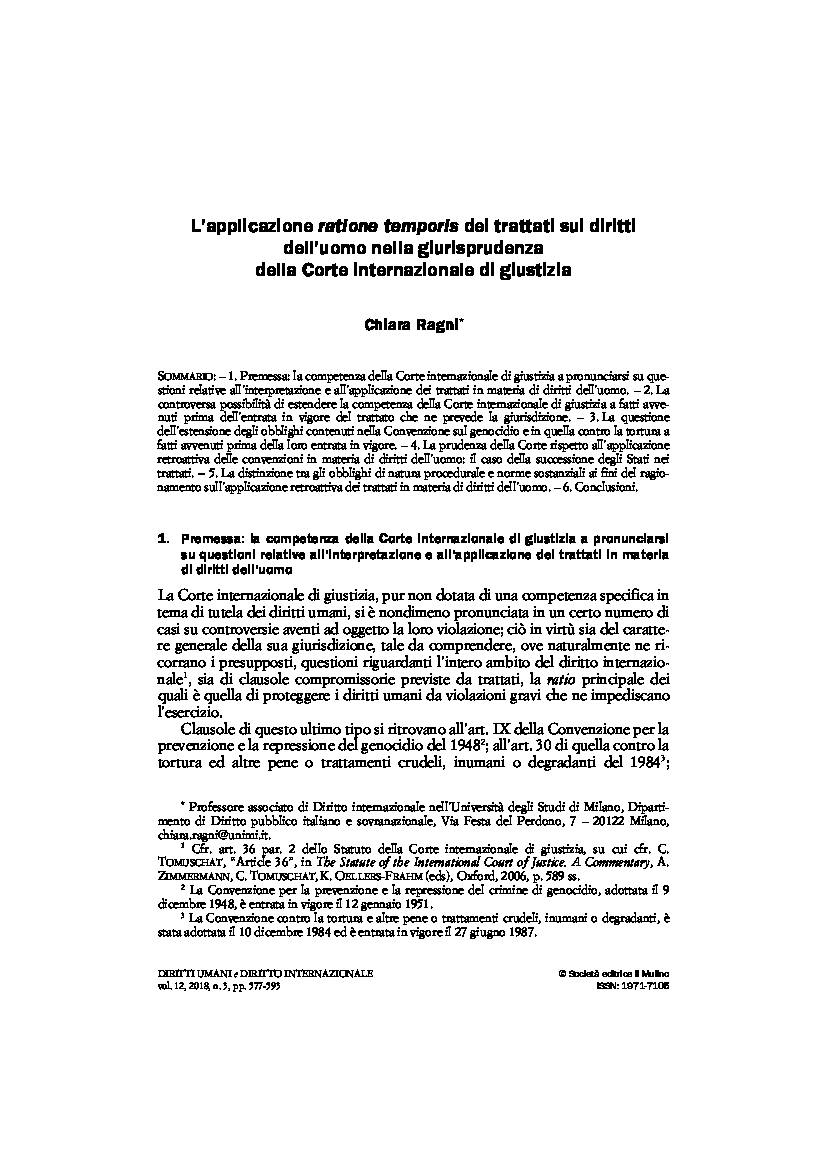