Last July, the Italian Ministry of the Interior adopted a Code of conduct for NGOs operating in the Mediterranean. This text is intended to pave the way for the application of new rules on NGOs per-forming search and rescue operations in the Mediterranean, due to the suspect that some of them could somehow be responsible of transferring irregular migrants from third countries to Italy; in particular, the code focuses on the sea routes connecting Libya and Southern Italy. The Code of con-duct for NGOs has so far led to protests, primarily raised by the NGOs concerned. Therefore, it is interesting to assess some legal aspects of such new legal instrument. Accordingly, the present paper is aimed at envisaging how and to what extent the Italian Code of conduct for NGOs can give rise to breaches to the applicable norms of international law, especially where the rights of migrants crossing the Mediterranean are at stake. Furthermore, the link between the domestic measure in question and the European Union with a view to reflecting on the evolution and the controversial aspects of the EU's approach on migrations 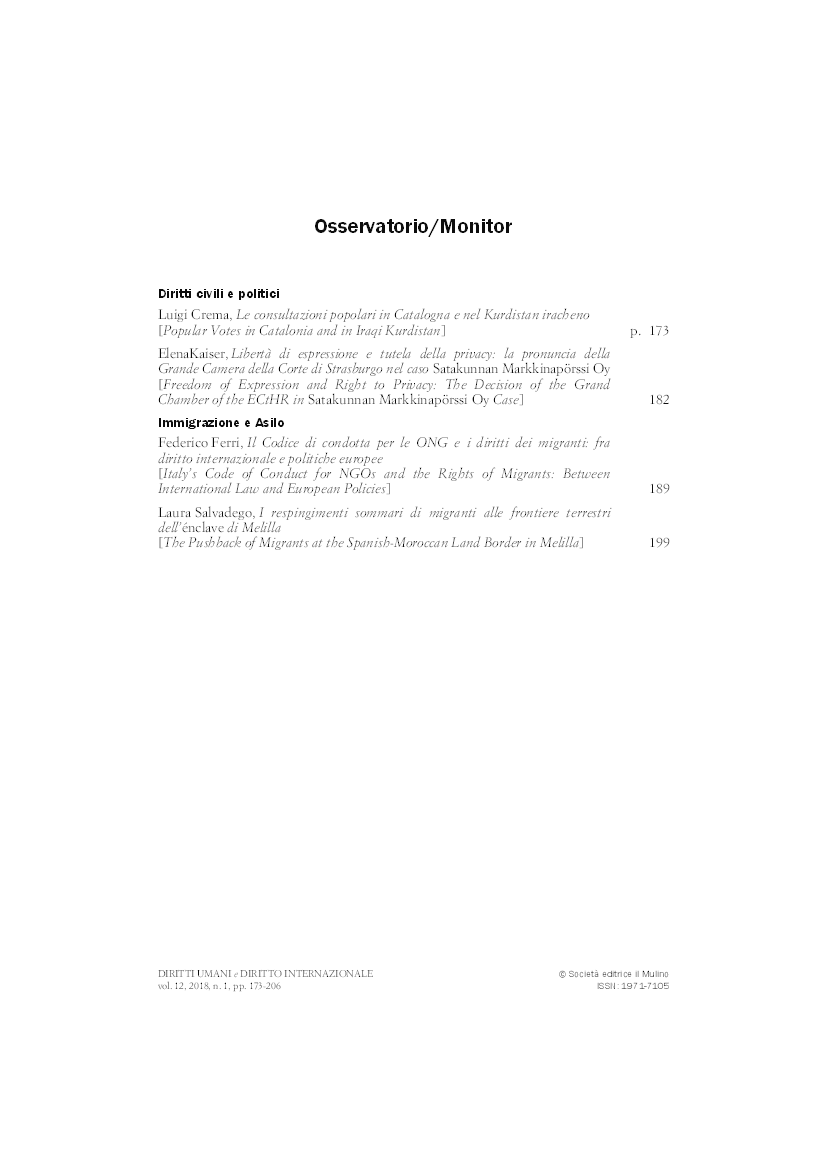