The article discusses the state of human rights protection in the context of the League of Arab States (LAS) and, more generally, in the Arab-Islamic world. It argues that, even before the Arab Charter on Human Rights (2004), LAS Member States had already pledged to protect human rights on account of their participation in other intergovernmental organisations, such as the United Nations and the African Union. The article examines the reasons behind deserting the 1994 Arab Human Rights Charter and offers an insight into the salient features of the 2004 Charter and, where pertinent, makes references to the Islamic Sharia. It also focuses on the Charter's institutional mechanism, the Arab Human Rights Committee, and on the important development to create an Arab Court of Hu-man Rights, whose operation shall be based on the (still to enter into force) Statute concluded in September 2014. Finally, the article discusses some the effects that the so-called 'Arab Spring' has had in cementing human rights guarantees in the Constitutions of certain North African States. 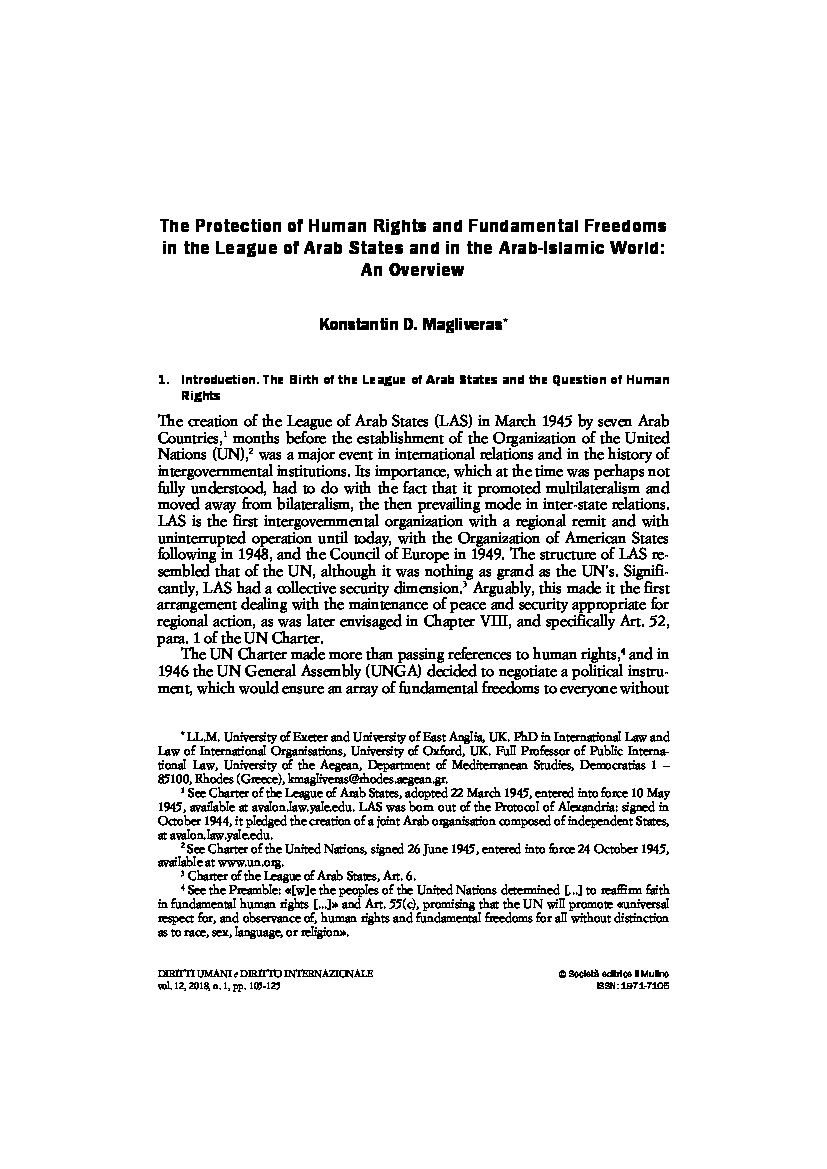