The missile strikes launched on 7 April 2017 by the United States as a response to the use of chemical weapons in Syria raise serious challenges to the current regulation of recourse to force in international law. Differently from past episodes of armed interventions by third States in the context of the Syrian conflict, in the present case the right of individual or collective self-defense as provided for in Article 51 of the UN Charter was not mentioned among the relevant arguments. The few explanations put forward by the United States, as well as the interpretations offered by the member States of the Security Council which supported the US initiative, call into play different legal categories such as necessity, humanitarian intervention or countermeasures. On this score, the episode in hand reveals that the range of legal arguments by which States try to justify their unilateral use of armed force is expanding well beyond the traditional category of self-defense. At the same time, the US action has contributed to embroil the distinction among applicable legal categories, with the presumed effect to introduce an unwelcome degree of flexibility in the conditions governing unilateral recourse to force, as well as to complicate, rather than clarify, the overall picture of "ius ad bellum" in international law. 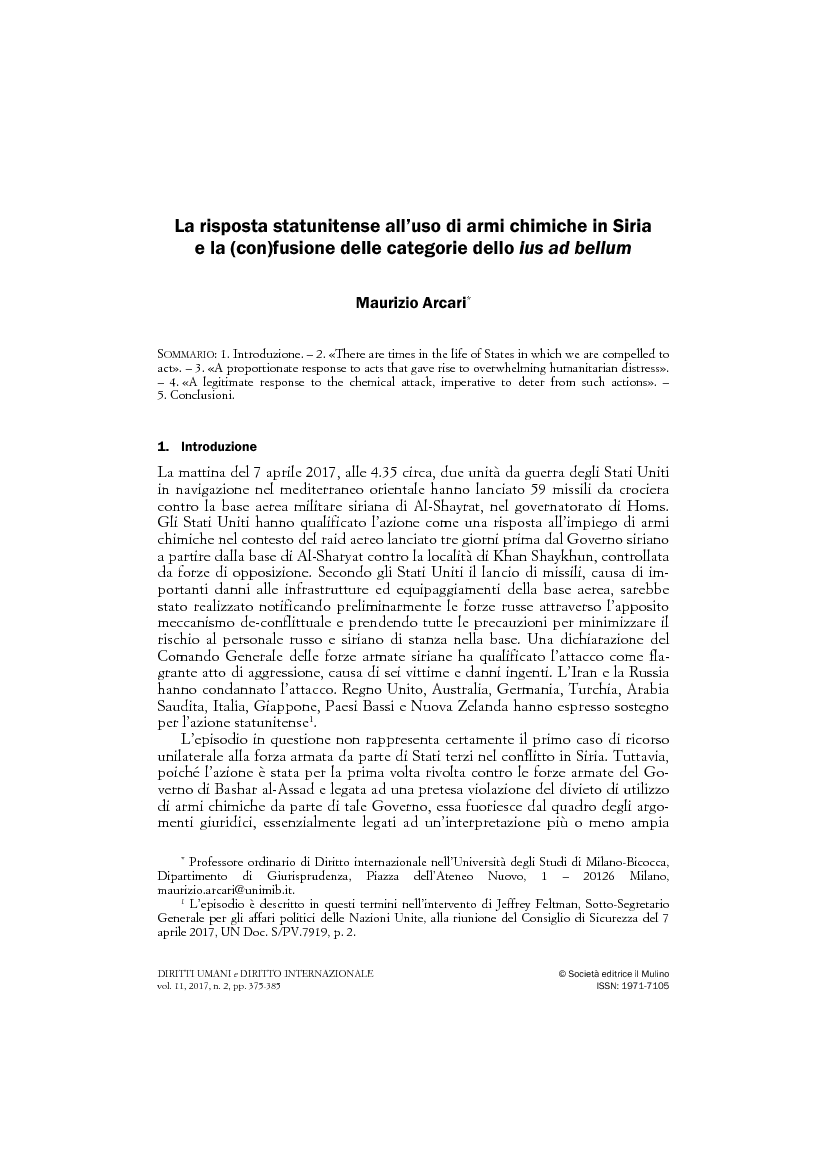