The present paper deals with the decision of the Italian Constitutional Court to refer a preliminary ruling to the European Court of Justice on the well-known case "Taricco". The latter, in 2015, stated that the Italian law on statute of limitations was inconsistent with the Treaty on the Functioning of the European Union, having regard to the obligation upon Member States, stemming from art. 325 TFUE. The Constitutional Court found that such an interpretation of the aforementioned norm could bring to a violation of the rule of law in criminal matters, with particular regard to the prohibition of retroactive application of criminal law "in peius", intended as a fundamental principle of the constitutional order. Such an inconsistency, if the ECJ will not solve it through a different interpretation of art. 325, will bring to the unconstitutionality of the law of execution of the TFUE. 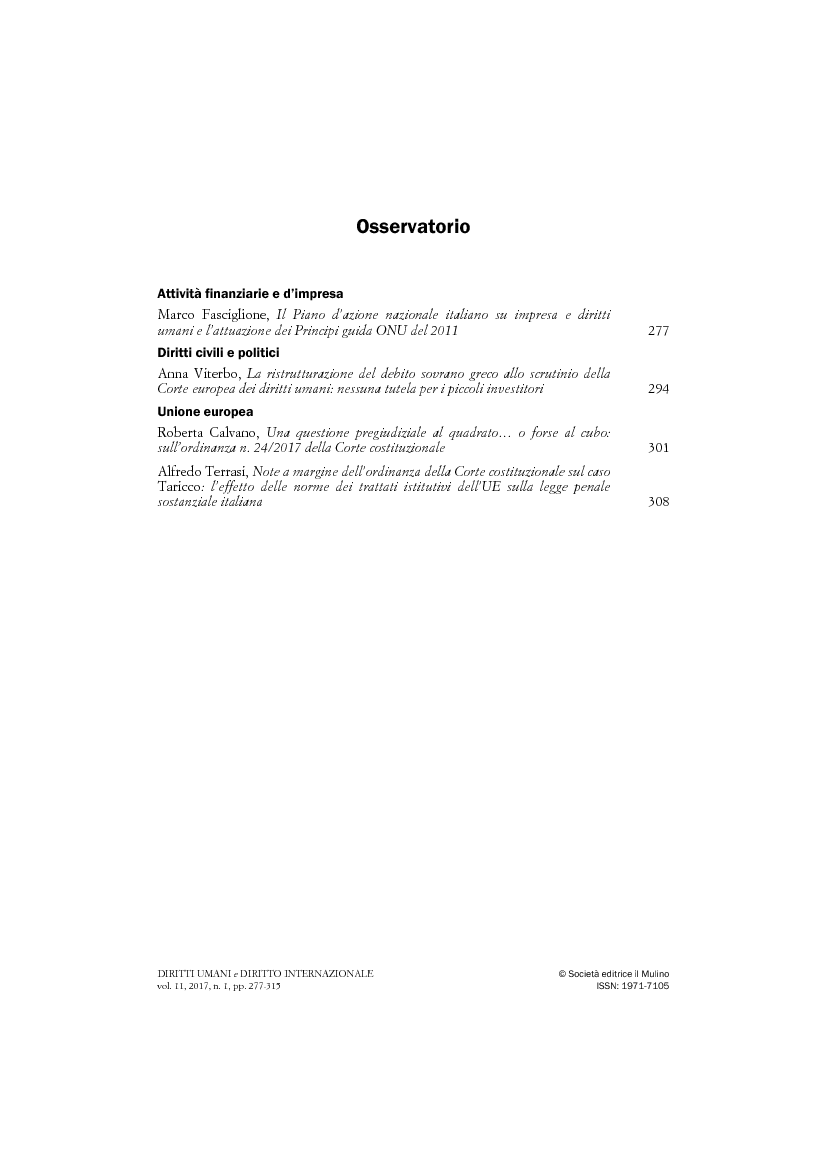