The article investigates the EU regime concerning asylum and its implications in respect of the migration crisis exploded in the past years. Both the Dublin regulation and relevant case-law are examined, together with the rules adopted at EU level to provide financing for Member States to help them managing the migration flows. A closer analysis is thereafter devoted (a) to the decisions issued in September 2015 by the Commission aimed at relocating in other Member States migrants arrived in Greece and Italy, (b) to the agreement reached in March 2016 between the Union and Turkey to attempt stopping migration flows by sea, whose consistency with EU and international law on refugees is however confirmed, as well as (c) with the flaws existing in the system, which are further exaggerated by decisions adopted unilaterally by Member States. The author criticises the core principle still characterising the Dublin regime, in particular the rule of the 'responsible State' to handle any asylum application made by a migrant coinciding with the State where the applicant has first entered the EU territory. More precisely, it is argued that this rule - and more generally the present lack of adequate measures adopted at EU level to cope with the migration crisis - are inconsistent with both the principle of loyal cooperation established by art. 4.3 TEU and with the duty of solidarity among Member States embodied in art. 80 TFEU. The author finally makes some proposals to overcome the inconsistencies and suggests in particular (a) to consider the opening of infringement procedures against those States refusing relocation according to more objective parameters (such as those indicated in the September 2015 decisions), (b) to apply the principle of solidarity by putting on the EU budget costs for responding to migration flows and arrivals in southern Member States, and (c) to re-think entirely the whole EU policy and rules on asylum and migrations with a view to considering the overall number of people moving towards the EU territory and the long-term nature of this phenomenon. In so doing, however, it is recommended to set adequate priorities reasonably agreed among all Member States to avoid that migration crisis puts at risk the Schengen principles and the EU altogether. 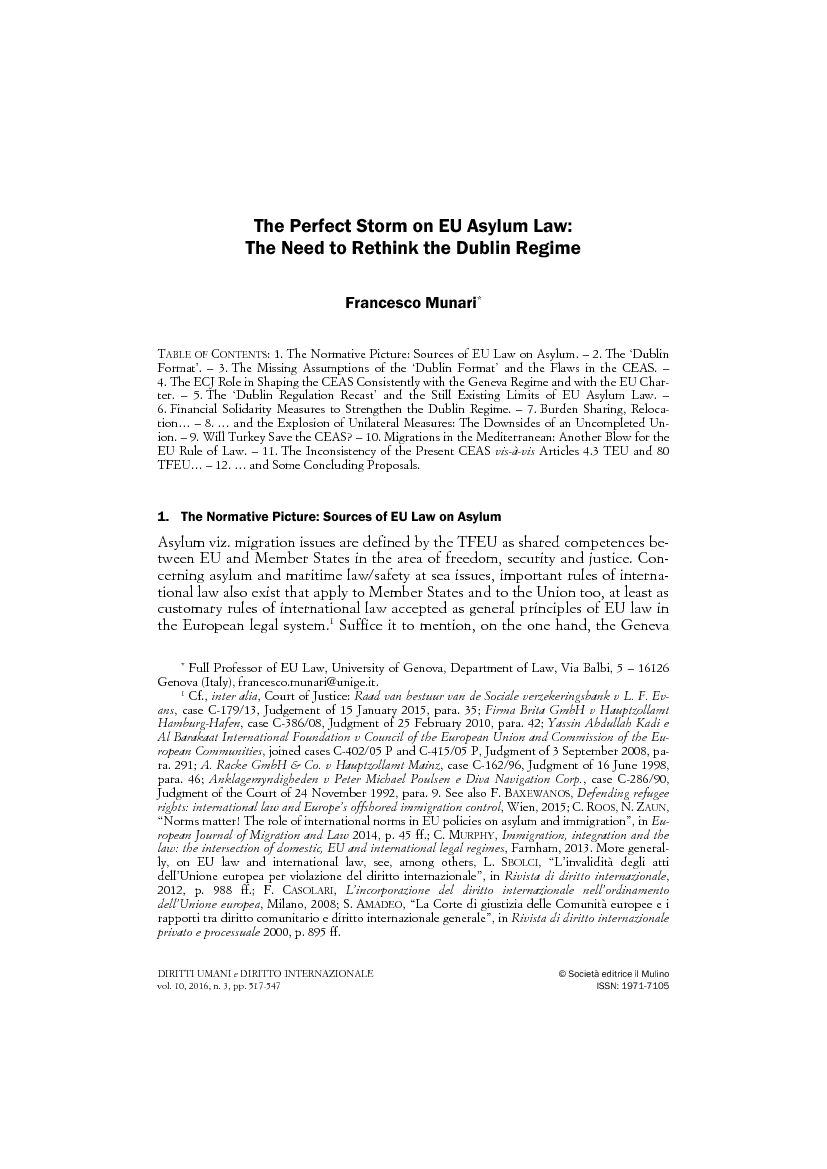