Keywords: Recognition; Personal and Family Status; Right to Respect for Private and Family Life; Right to Marry and Found a Family; Freedom of Movement of Persons; European Citizenship

This paper deals with the transnational continuity of personal and family status as a means for achieving a more effective protection of human rights of substantive nature in cross-border cases. The study starts from an analysis of the different instruments through which such a continuity may be achieved, from the recognition of foreign judgments and court orders creating the personal or family status to be granted continuity, to the acceptance of acts issued by foreign public authorities, to the recognition of personal and family status acquired abroad by means of the conflict of laws rules, with particular regard to the vested rights theory in its various forms, as well as to the doctrine based on the reference to the competent legal order and to the s.c. "méthode de la reconnaissance". The study then moves on to an analysis of the concrete relevance of transnational continuity of personal and family status for the purposes of the protection of human rights of a substantive nature, such as the right to respect for private and family life under Article 8 of the European Convention on Human Rights (ECHR), and the right to marry and found a family pursuant to Article 12 of the same Convention, by examining the extensive case law of the European Court of Human Rights specifically concerning the extent to which limitations to the enjoyment of the said rights, in terms of limits to the recognition of personal and family status acquired abroad, are compatible with the ECHR. The parallel case law of the European Court of Justice concerning the relevance of transnational continuity of personal status for the purposes of the exercise of the rights inherent in the European citizenship and in the free movement of persons is also considered, coming to the conclusion that both human rights rules on the one hand and EU rules on the other hand are not likely to directly affect the methods of recognition of personal or family status acquired abroad developed in the field of private international law. Rather, either set of rules is likely to come into account as concerns the compatibility of the material results achieved by means of those methods with the protection of the fundamental rights at issue and with the freedom of movement guaranteed by the EU rules to European citizens. 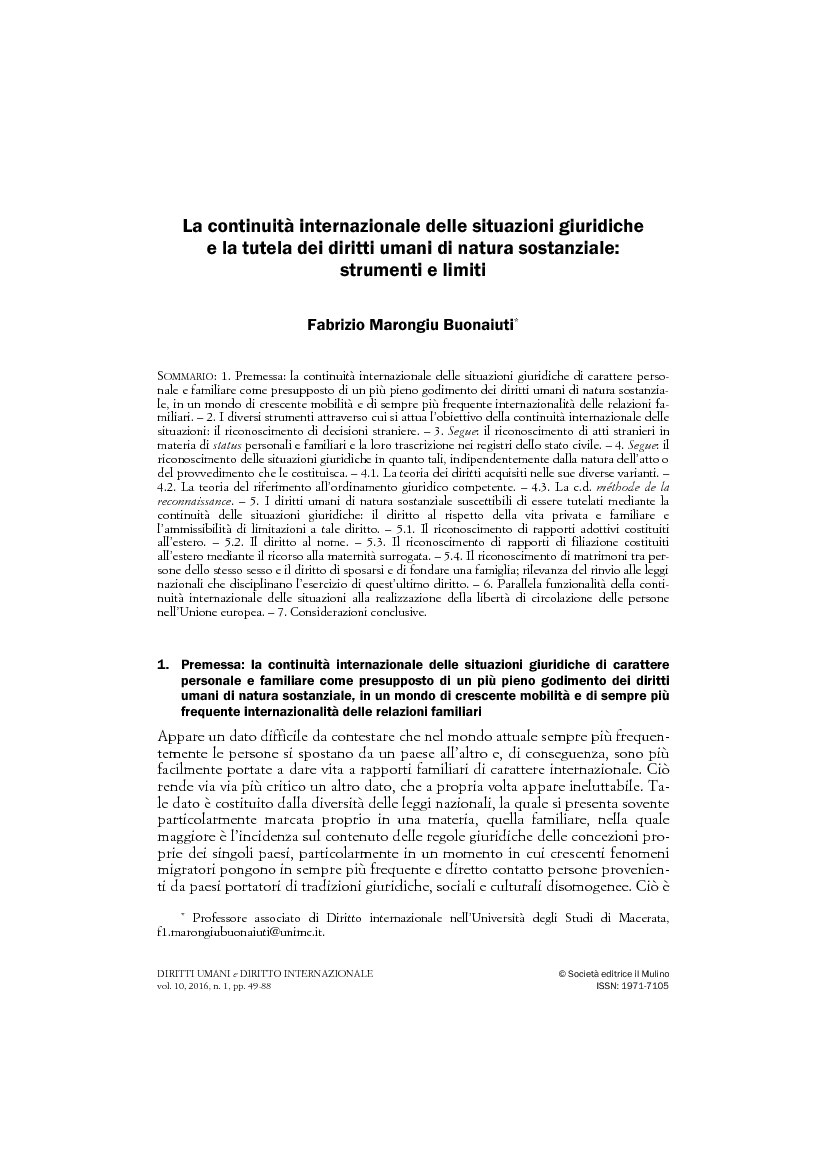