On 28 October 2014, after extensive consultations started in 2012, the Human Rights Committee finally adopted General Comment No. 35 on Article 9 of the ICCPR on the right to liberty and security of persons. This paper stresses that, notwithstanding some significant improvements over the previous General Comment (General Comment No. 8: Article 9 (Right to Liberty and Security of Persons), 30 June 1982, UN Doc. HRI/GEN/1/rev.6, at 130 ff.), several important issues still need to be addressed in a clear unambiguous way, such as the question as to whether security detentions ought to be considered as arbitrary and that of the relationship between Article 9 and the applicable rules of International Humanitarian Law during international and non-international armed conflicts. 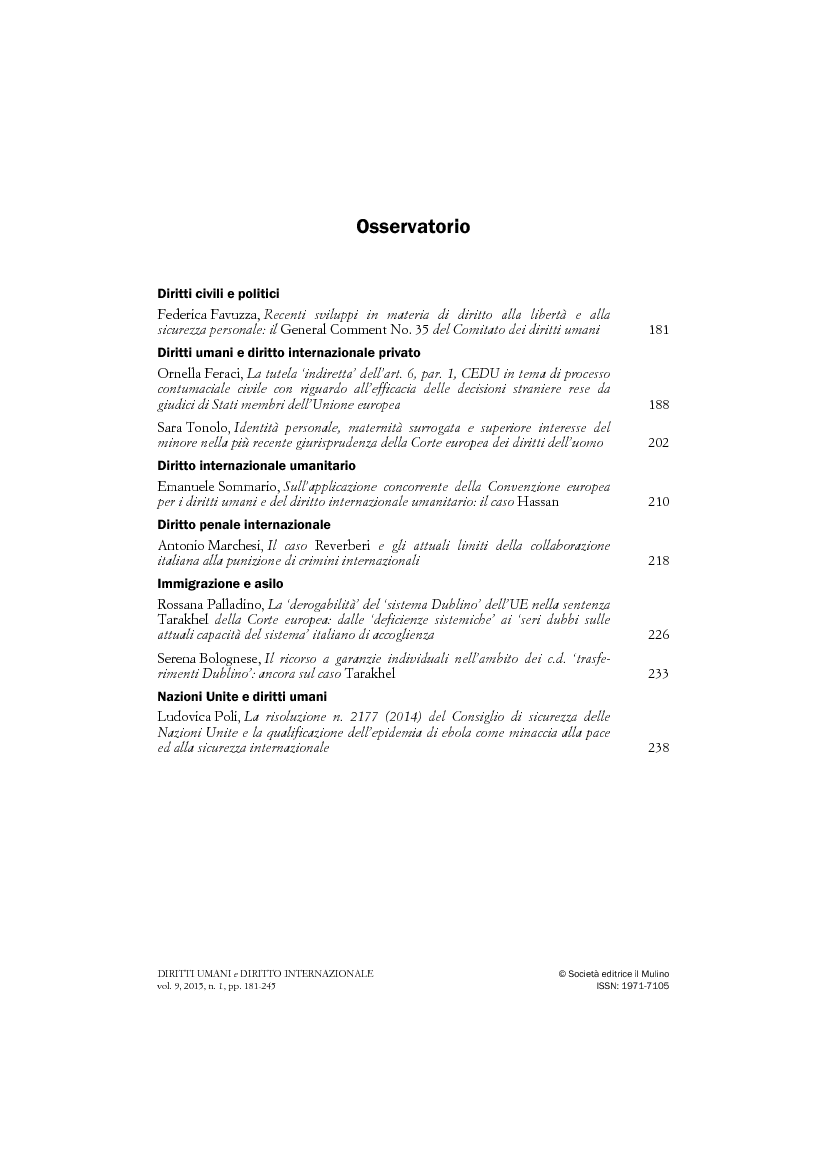