On 3rd October 2013, a ship carrying about five hundred migrants sank off the coast of Lampedusa; almost four hundred people lost their lives. This tragedy triggered a strong call for action from European Institutions and the Italian Government in order to prevent deaths at sea. A number of important documents and proposals have been adopted by European Union institutions, while the Italian Government has set the military and humanitarian operation "Mare Nostrum". As any State activity affecting fundamental rights, the control of migrations by sea, the management of rescue operations, and the prevention and repression of smuggling and trafficking in human beings, should be embedded in a clear framework of legal safeguards and procedural standards. This study tends to assess the parameters with which the actions of the Italian State and the European Union must be framed. Firstly, attention is paid to the determination of the place of safety for disembarkation, which is deemed to be necessarily an Italian port. Secondly, it is argued that the prohibition of collective expulsion guarantees to people rescued at sea the right to have their personal situation examined with the same procedures as those provided to people who reach the territory by land. Finally, the legitimacy of policies preventing emigration from the country of origin and transit of migrants is challenged under the light of the right of everyone to leave any country. 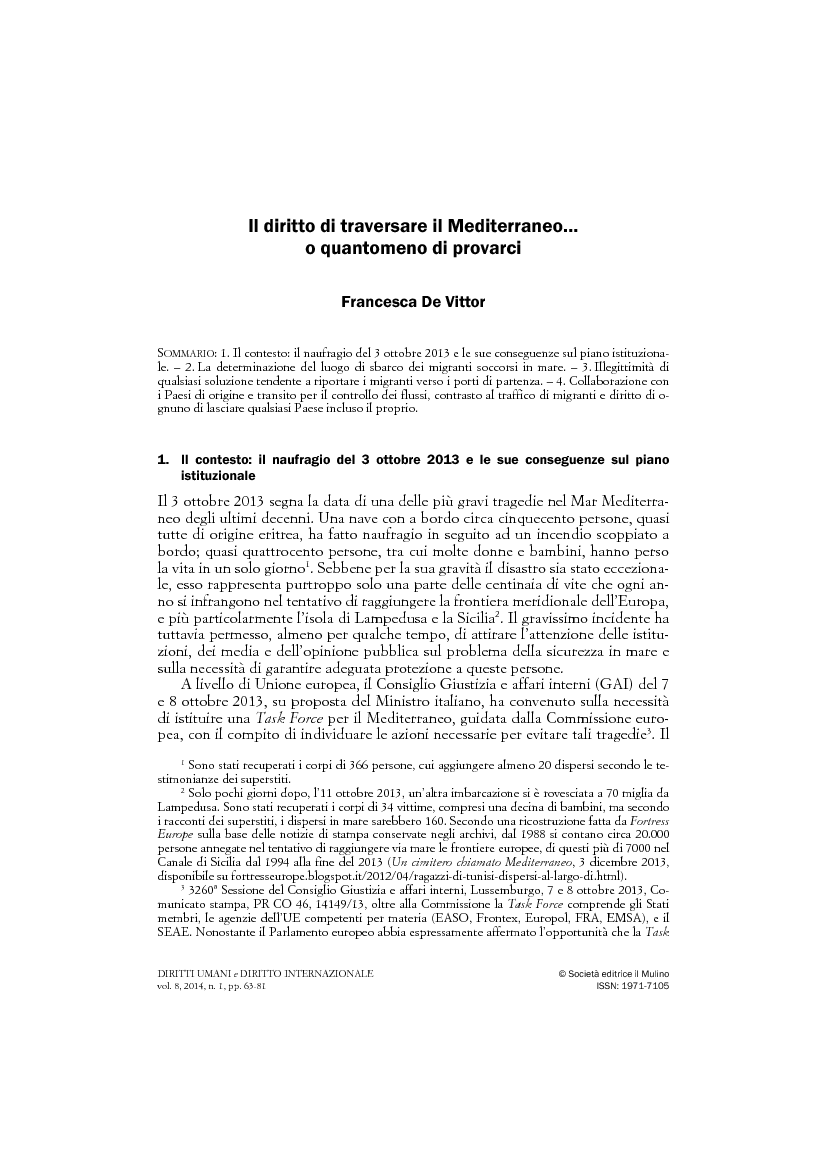