The present essay deals with the issue concerning the discrimination of Roma minority in the educational area, with particular reference to the relevant decisions adopted by the European Court of Human Rights. They are examined critically the two phases of the judicial orientation of the Strasbourg Court. In the first phase, they have been affirmed important principles aimed at guaranteeing the right to education and the schooling of Roma in Europe. In the second phase, inaugurated by the recent decision issued in "Horváth and Kiss" case, the Court has not only confirmed the principles expressed in the first phase, but has also identified the existence of positive obligations upon the States in the educational area, in order to eliminate school segregations of Roma. In the conclusions, although it is recognized the importance of the approach followed by the Court, it is underlined the necessity of a more detailed elaboration of the principles affirmed as well as of a substantial change of the relevant international norms. 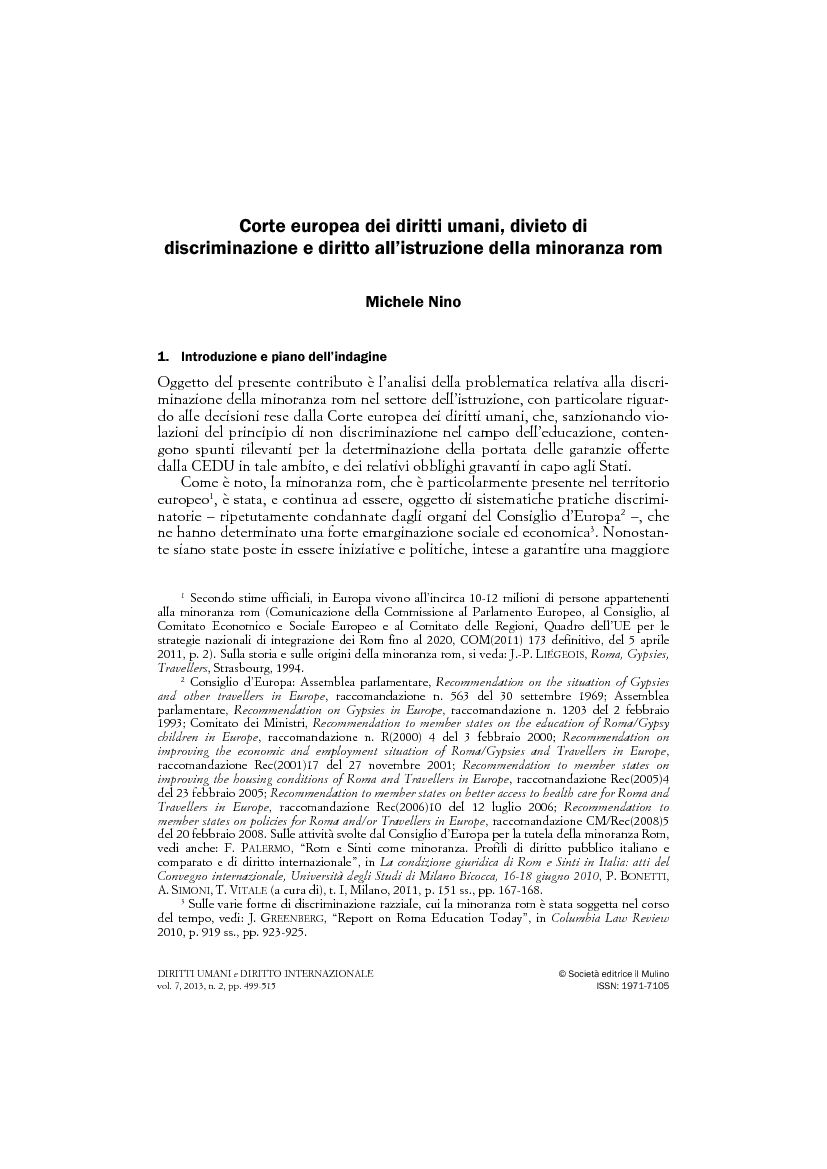