The paper deals with the problem of the relationship between ‘overlapping’ or ‘related’ inter-State and individual applications before the European Court of Human Rights, which has come under the spotlight following the recent increase in inter-States applications. To this purpose, it first analyzes the practice of the Court, which developed in the absence of express provisions in the Convention – or in the Rules of Procedure of the Court – concerning such relationship. It identifies three aspects of such relationship that the Court has addressed to date, namely admissibility, prioritization and interaction, as well as problems which have not been explored in a comprehensively manner yet. The paper then examines the current debate on parallel inter-State and individual proceedings within the Drafting Group on Effective Processing and Resolutions of Cases Relating to Inter-State Disputes, created in 2019 by the Steering Committee for Human Rights of the Council of Europe. The paper argues that some of the solutions that have been put forward by the Drafting Group are all but convincing. Moreover, it suggests that attention should be paid to alternative proposals and further aspects in order to satisfactorily and comprehensively address the issue of the relationship between ‘overlapping’ inter-State and individual proceedings before the Court. 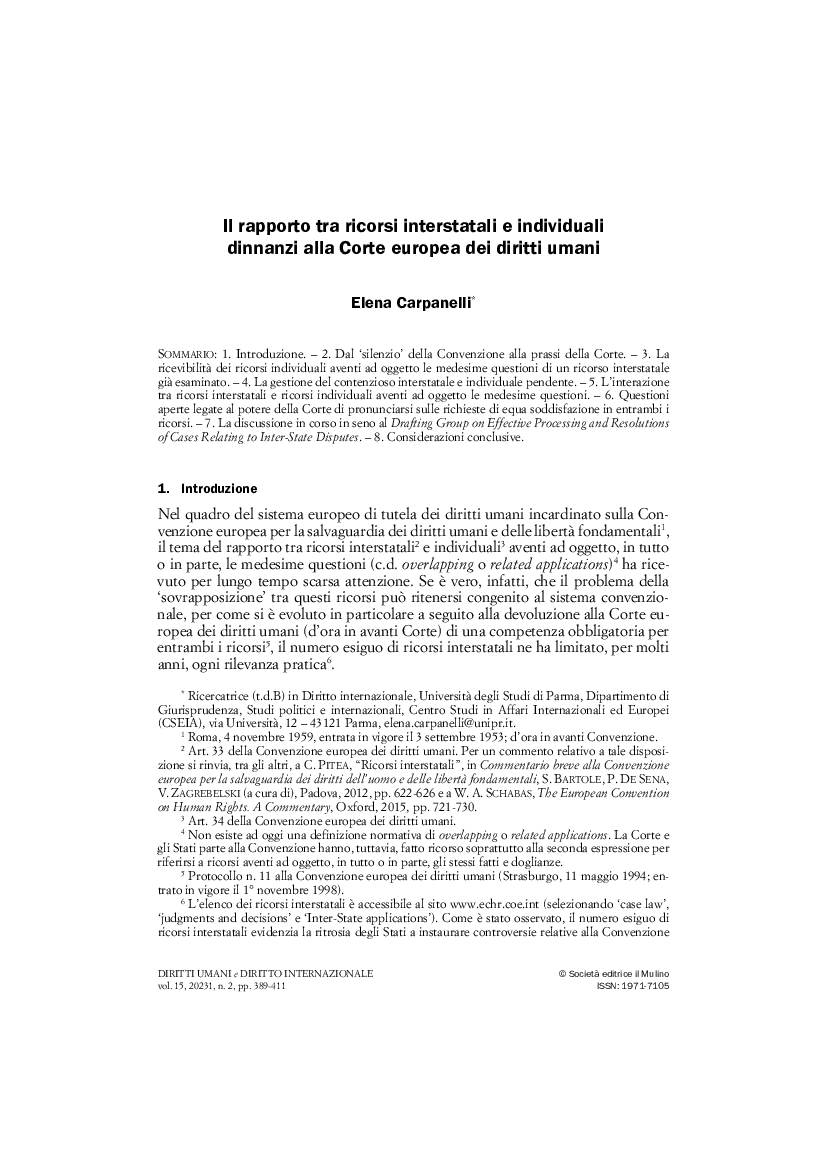