The article deals with the release windows, that regulate the exploitation sequence of the channels of cinematographic works distribution (cinema theaters, DVD/Blu-ray, Pay TV, free TV, etc.), as well as the time that must elapse between the presence of a film on a channel and its appearance on the following. The author illustrates the European regulation on the topic over time; the different member states' approaches; goals and settings of the reforms recently adopted by the Italian and French States; the problems still opened. Release windows are currently one of the most controversial topics of the film industry: the disruptive market entry of new players, such as Netflix, is challenging the traditional rules and even the juridical definition of what a cinematographic work is. The analysis opens therefore questions about the impact of new technologies on regulation and the relationship between market rules and cultural policies. 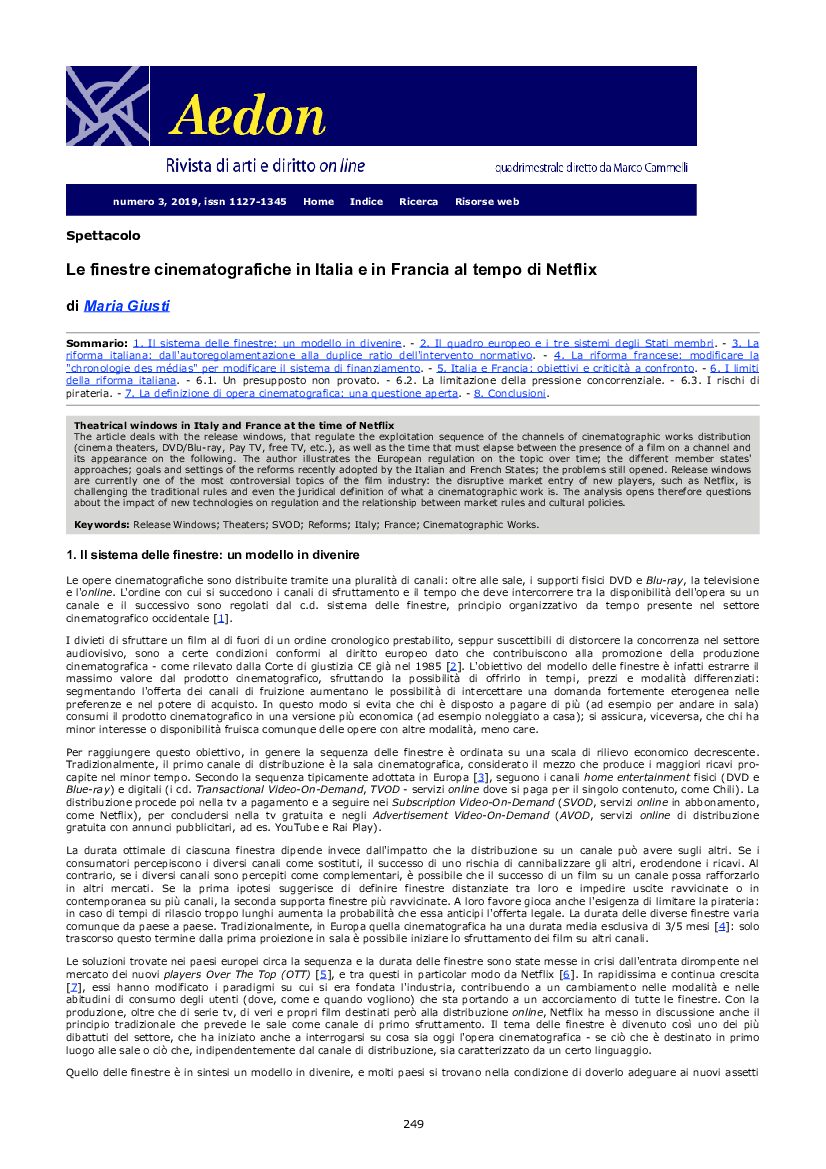