The article analyzes the Legislative Decree No. 204 (December 7th 2017), that aims to fulfill some issues of the Act. No. 220/2016, in order to increase the support to production and promotion of European and Italian independent audiovisual works by public and private broadcasters and providers of audiovisual media services. The first part stresses the purpose of the decree, which primarily tries to help Italian independent cinema to survive the deep crisis of the National film industry that the public funding system has fed. Indeed, the decree is involved in a reform process that moves the independent cinema's funding from the direct intervention of the State to the responsibility of private subjects, such as broadcasters and providers, through tax credit or mandatory quotes of production and screening in the show schedule (including prime time quotes). The second part of the article is dedicated to illustrate the reasons why the decree provoked many negative reactions and polemics. Some of the statements sound actually unfounded, also because the new rules are in agreement with the European audiovisual media service politics. In fact, the main problem of the new rules seems to be the extreme complexity of their implementation which is transferred to the National Communications Authority (Agcom), whose action could take several years and frustrate the virtuous intent of the decree. 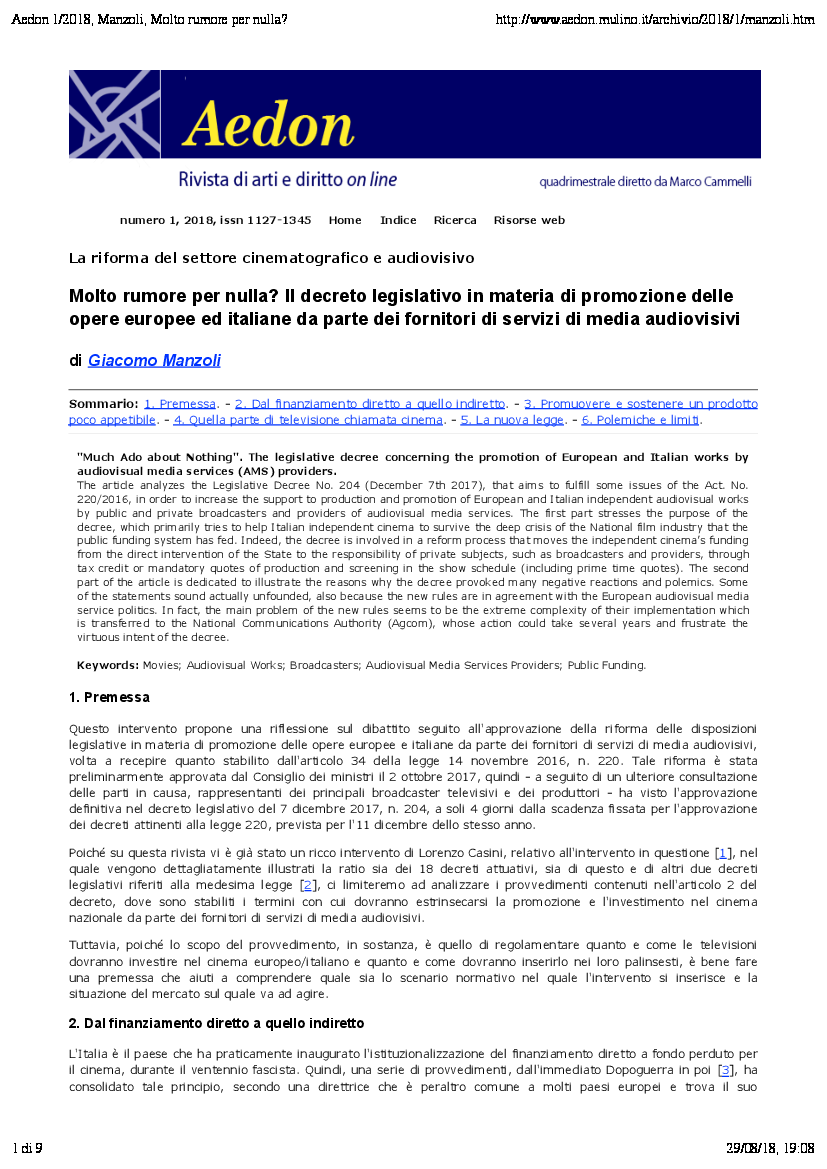