The paper analyzes the reform of Italian State Museums, considering the scenario in which it operates, the main measures of the context, the new discipline; marks that, above all, the intervention reveals how much the Italian Ministry for the Culture is rusty, and strives to be placed in the central point of the material of which it takes care, relevant for the responsibilities of the mission assigned to the Republic by the Constitution, but also for what concerns the cultural identity, social cohesion, equality, economic development of the country. Therefore evaluates favorably the reorganization, and although notes a few points of special sensitivity (the figure of the Secretary General, the problem of the legal sources, the the relations between the museum's director and board of directors, the issues of personnel, budgets, and so on), notes that the reform faces many of the unresolved nodes for the State museums, highlights in particular their special autonomy, noting that it is somehow restrained, but also that it startes a process that aims at management of museums in its own terms, not detaching them from their territory, an assumption of grown importance (and urgency) together with their social, economic, civil importance; argues that the fundamental mission of the museum is the public fruition, a redistributive function that also helps to define the constitutive mechanisms of the cultural eminence, and produces significant economic and productive consequences. 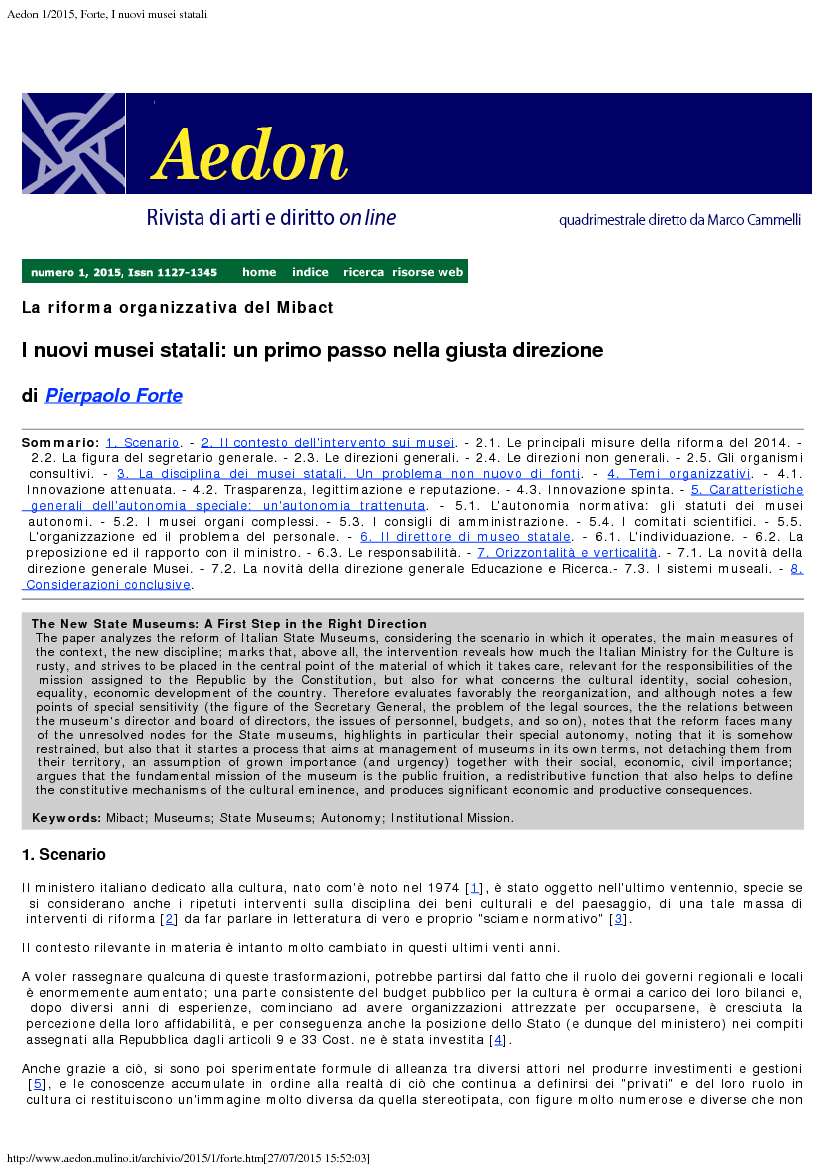