Law decree No. 83 of 31 May 2014, the so-called "Art Bonus" Decree, converted into Law by Law No. 106 of 29 July 2014, once again provides for urgent measures aimed at supporting performing arts, in particular lyric foundations and cinema activities. Most of them confirm, with some corrections, previous measures established by law n. 112/2013, based as they are on fiscal incentives, in the form of a tax credit, or on the possibility of granting an autonomous statute to lyric foundations presenting a number of given prerequisites. Although these measures respond to some of lyric foundations and film industry needs, performing arts sector is still waiting for mayor policies able to recognize its interactions with cultural field. 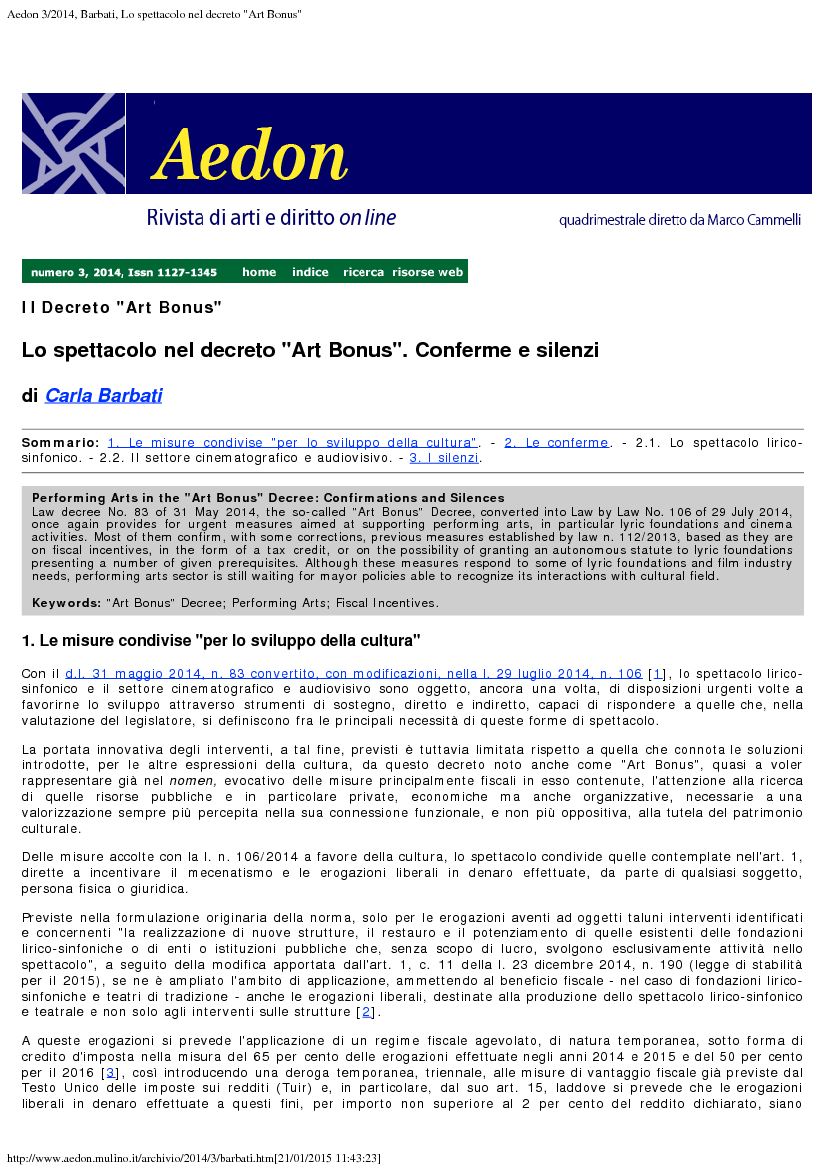