The debate about the real nature of the "immateriality" starts with an analysis of the "immaterial" inherents in every cultural object by investigating characteristics, forms of promotion, development and protection. About the nature, is highlighted the intangible value that overhangs and dominates the res in the "cultural object". Is treated the issue of the exploitation of the intangible component of culture, highlighting the limit of the development identified with the mere fruition, especially when the object is free of a substrate material. Is shown the need, for the purpose of a more efficient protection of immateriality, of a "unitary legal status" due to juridical operator. After dealing with the problem of exploitation and enjoyment of immaterial object, is analyzed the importance to giving multimedia character to the cultural immaterial object, through the encouragement of the use of websites and other connectivity tools, highlighting, at the same time, the need to identify forms of utilization that don't falsify their real identity, and above all, to avoid that the diffusion borders on trivialisation and vulgarization. Starting from the confirmation reflected in the reality of the use of immateriality finalized to ensure profits to the state finance, after highlighting as an insufficient identification makes it difficult the use for economic purposes of the immateriality, is investigated the opportunity to exploit for commercial purposes the registration of the mark containing distinctive graphic elements deriving from the cultural heritage of public institutions, always respecting the public destination of the gainings, to get to overcome the doubt of compatibility of exclusive right with the collective usability of cultural object. Under the aspect of protection, are examined tools such as: De.Comma (Municipal Denomination), the geographic and collective mark, until you get to evaluate the possibility to require the holder of property right to give to others access to the resource. The existence of the immaterial cultural objects is consecrated, highlighting the need to ensure the respect and preservation of these. 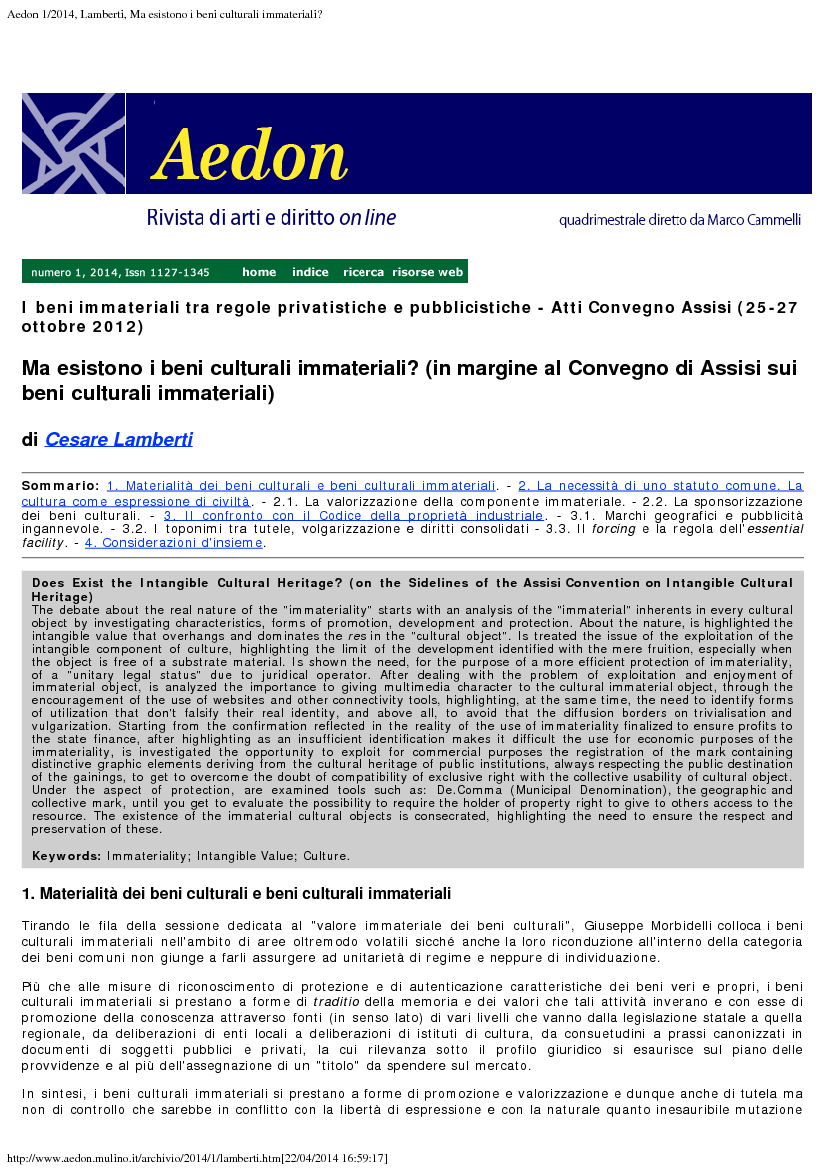