Is it necessary to adopt a restrictive legislation to regulate the so-called "Intangible Cultural Heritage"? Until now, the legislator has considered that there is no such a need, even if the Italian Testo Unico (1999) and the Codice dei beni culturali gave him the opportunity to develop the issue. In 2008, the UNESCO Conventions for the Safeguarding of the Intangible Cultural Heritage (Paris, 3 november 2003) and for the Protection and Promotion of the Diversity of Cultural Expressions (Paris, 20 october 2005) have been recalled as "Expressions of Collective Cultural Identity" by the Codice (Article 7-bis). This express provision concern different themes from those typical of Cultural Heritage Law, whose institutions refers to tangible assets. A law for intangible assets, if it is really necessary, should have other institutions. The enhancement of collective cultural identity deserves attention and politics. But it is necessary to beware of creating an excessive legislation and confusing different areas, as the Author enlightens providing some examples. Questions concerning the significance of cultural transformation of the society arise on this issue. The legislator should also be cautious about introducing restrictive rules for copyright and collective monopoly of intangible assets, which - in a context of freedom - not belong to anyone in particular but to everyone. Otherwise, would emerge a dangerous mercantile drift on this issue. 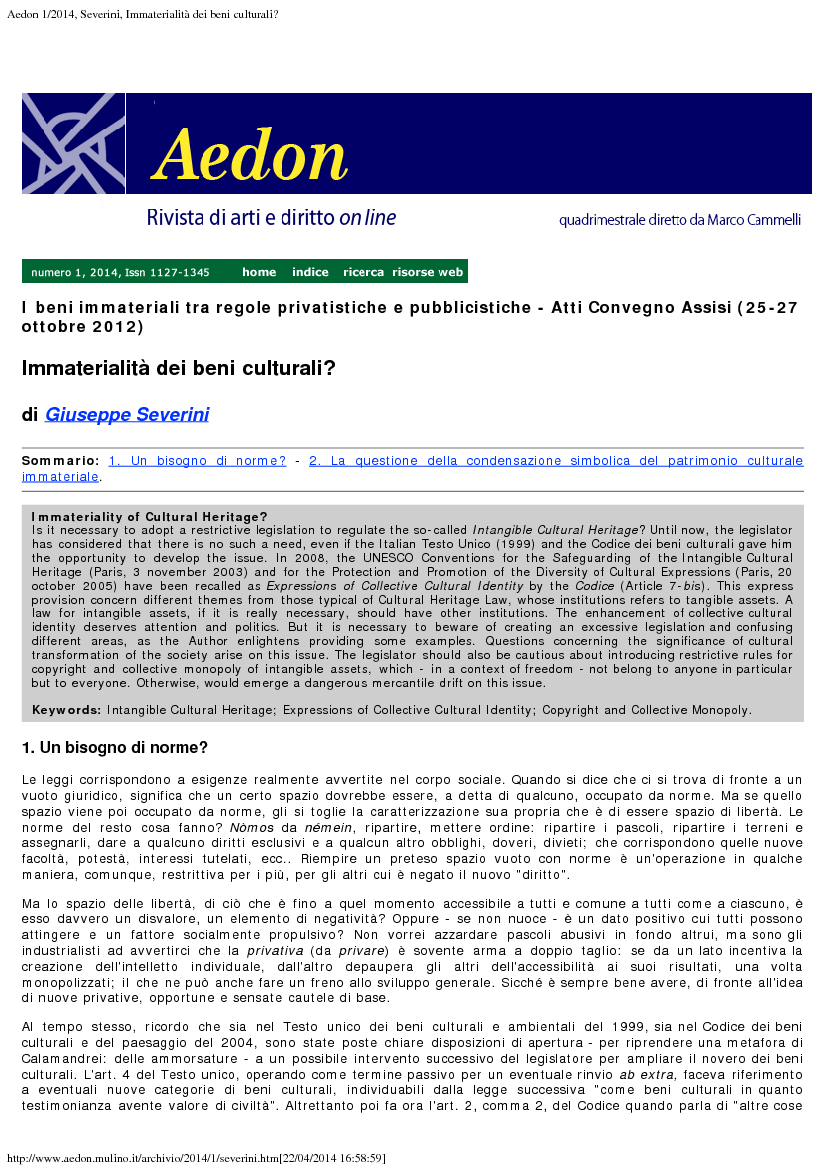